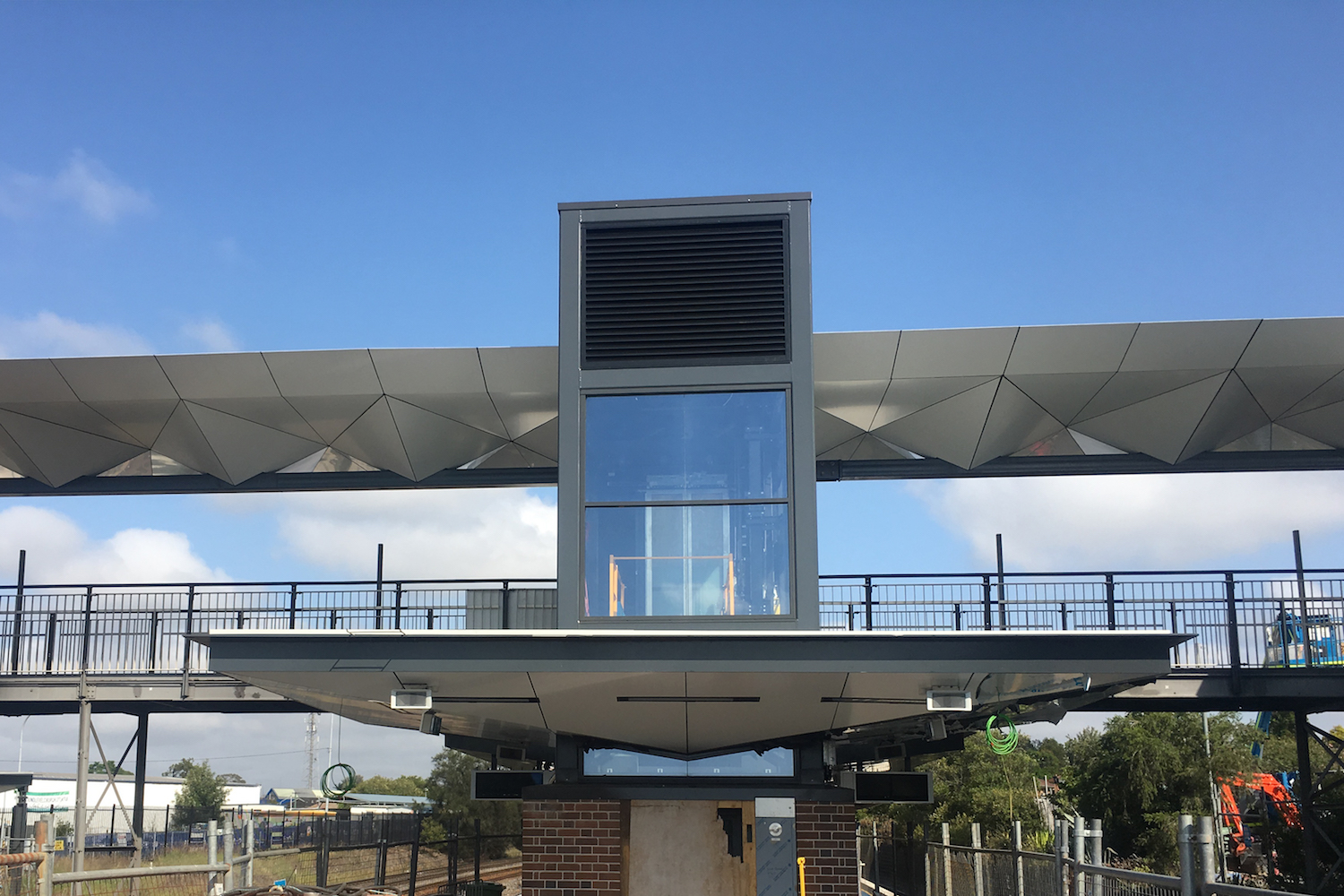 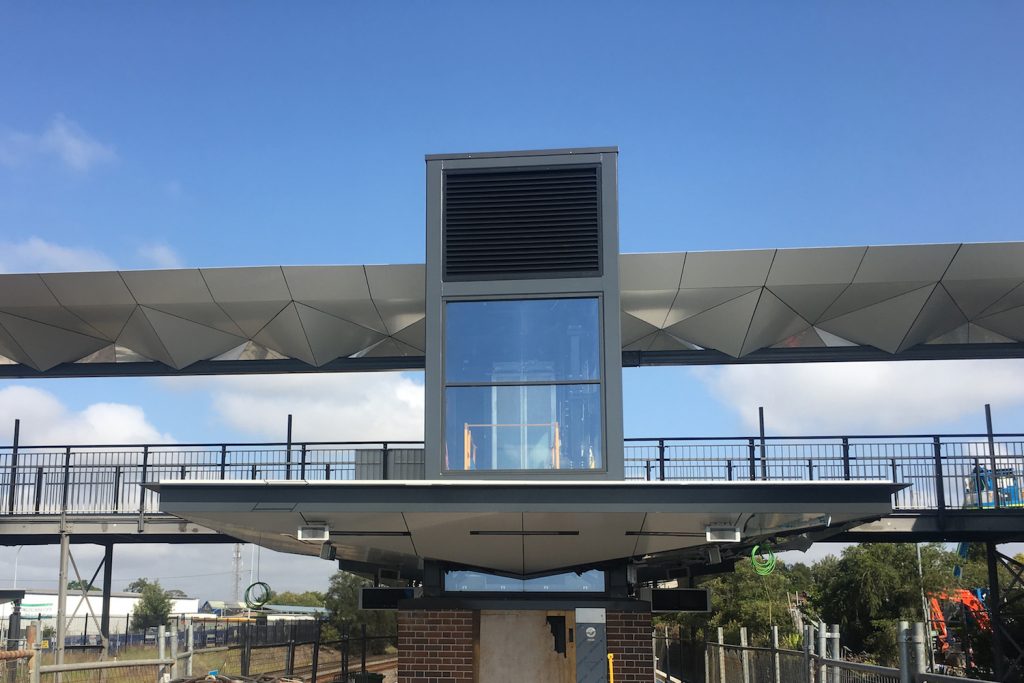 Over the last two decades we have designed the upgrades of many train stations as part of Transport for NSW’s ongoing programs for improving accessibility. Victoria Street Railway Station in East Maitland is now complete with new lifts and staff office, accessible bathrooms and additional rain protection in the form of a folded canopy over the heritage-listed footbridge.

Built in the late 1800s, Victoria Street Railway Station did not meet key requirements of the Disability Standards for Accessible Public Transport or the Commonwealth Disability Discrimination Act 1992, making it challenging for people with reduced mobility or parents/carers with prams to access and use the station. As part of the Transport Access Program (TAP), DesignInc and heritage consultant Long Blackledge Architects were engaged to develop Tonkin Zulaikha Greer’s (TZG) initial design and to see the project through construction. 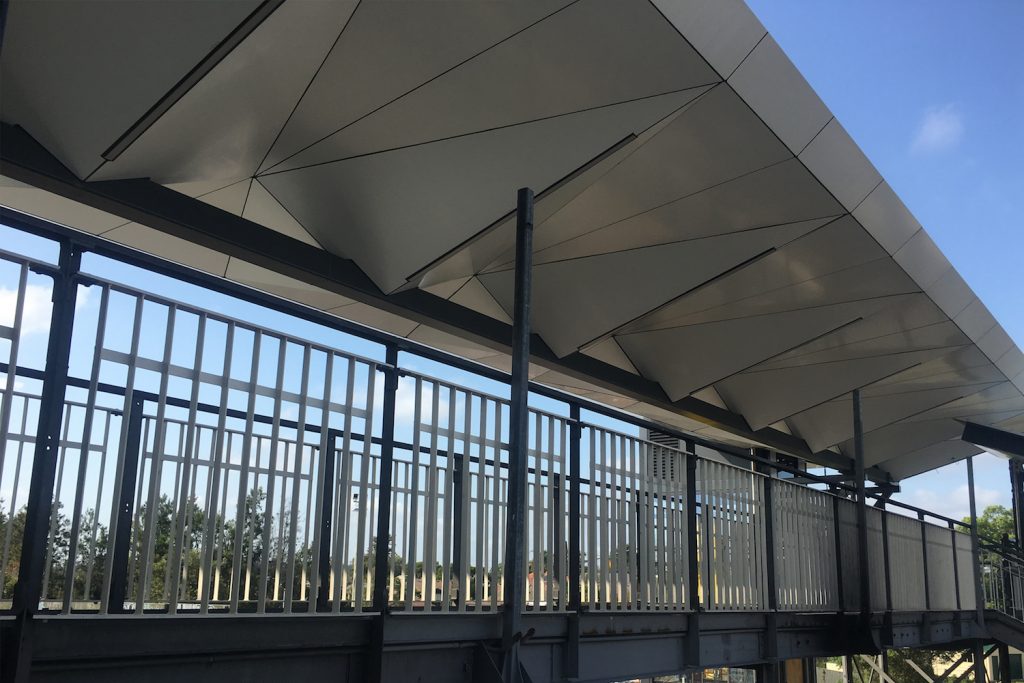 The upgrade will provide safe and equitable access to the platform and improved customer and staff facilities. DesignInc’s role was to deliver lift access and canopies over the stair, footbridge and platforms, while working with the heritage surroundings.

Victoria Street Railway Station opened in 1857 as the original terminus of the Main North Line from Newcastle. The present building was constructed in 1877, and the addition of the footbridge in 1914 converted the single platform into an island platform. The building and footbridge are considered representative examples of early-twentieth century railway design throughout New South Wales and the footbridge has been identified as a being of high heritage significance. It has riveted steel-plate construction with three stairwells supported on angle iron trestles.

The lifts are designed as prominent vertical elements with solid brick cladding at the base to match the existing station building. The lift shafts are a steel and glazed structure that contrasts with the heaviness of its masonry counterpart below, while complementing the lightness of the folding canopy that it connects to above. 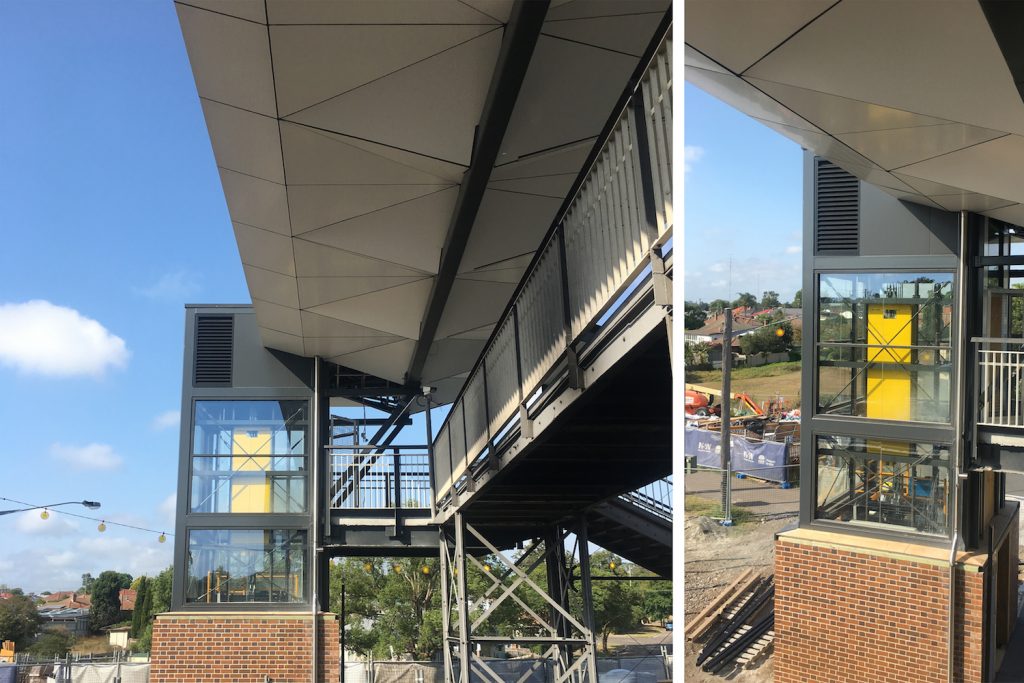 Extending over the footbridge from one platform to another, the canopy has a folded and cantilevered form that almost seems to float above the historical structure. “The intention is to provide a distinctively contemporary form that is contrasting to the existing heritage elements and allows a cleaner view of the existing footbridge,” says DesignInc Principal Garth Davies.

The canopy is derived from TZG’s original tender design, but with modifications to enhance its soaring form. Namely, DesignInc reduced the size and number of main supporting elements of the canopy. Decreasing the structural depth of the main roof truss from 2.5 metres to 1 metre allowed for a structure that followed the folding geometry of the canopy and could be concealed within the roof space. Decreasing the number of columns contributes to the sense of lightness and the openness between the canopy and footbridge, emphasising the cantilevered, folded form. 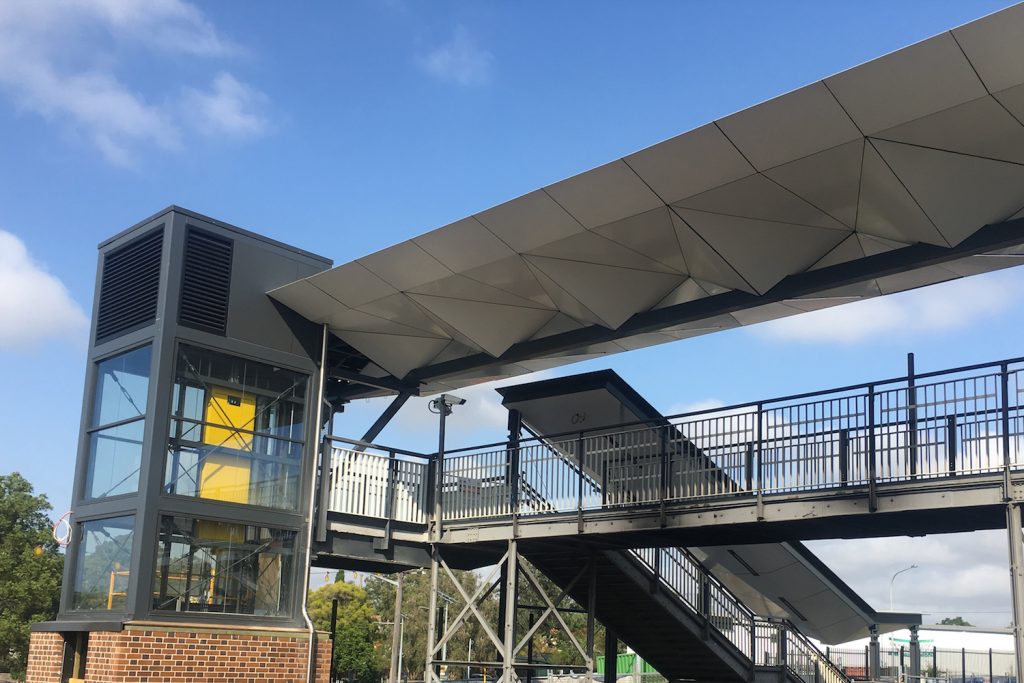 To maintain the clean and unobstructed aesthetic of the canopy, all structural connections – “even down to the nuts and bolts,” says Kuan – have been concealed inside the soffit lining. Exposed joints have also been minimised wherever possible, used only to aid on-site assembly of prefabricated parts.

By using a contrasting colour palette, the light-coloured soffit of the canopy appears to float above the dark-coloured structural supports. As the columns and beams visually recede, the eye is drawn to the canopy.

Watch the time lapse video of the project here