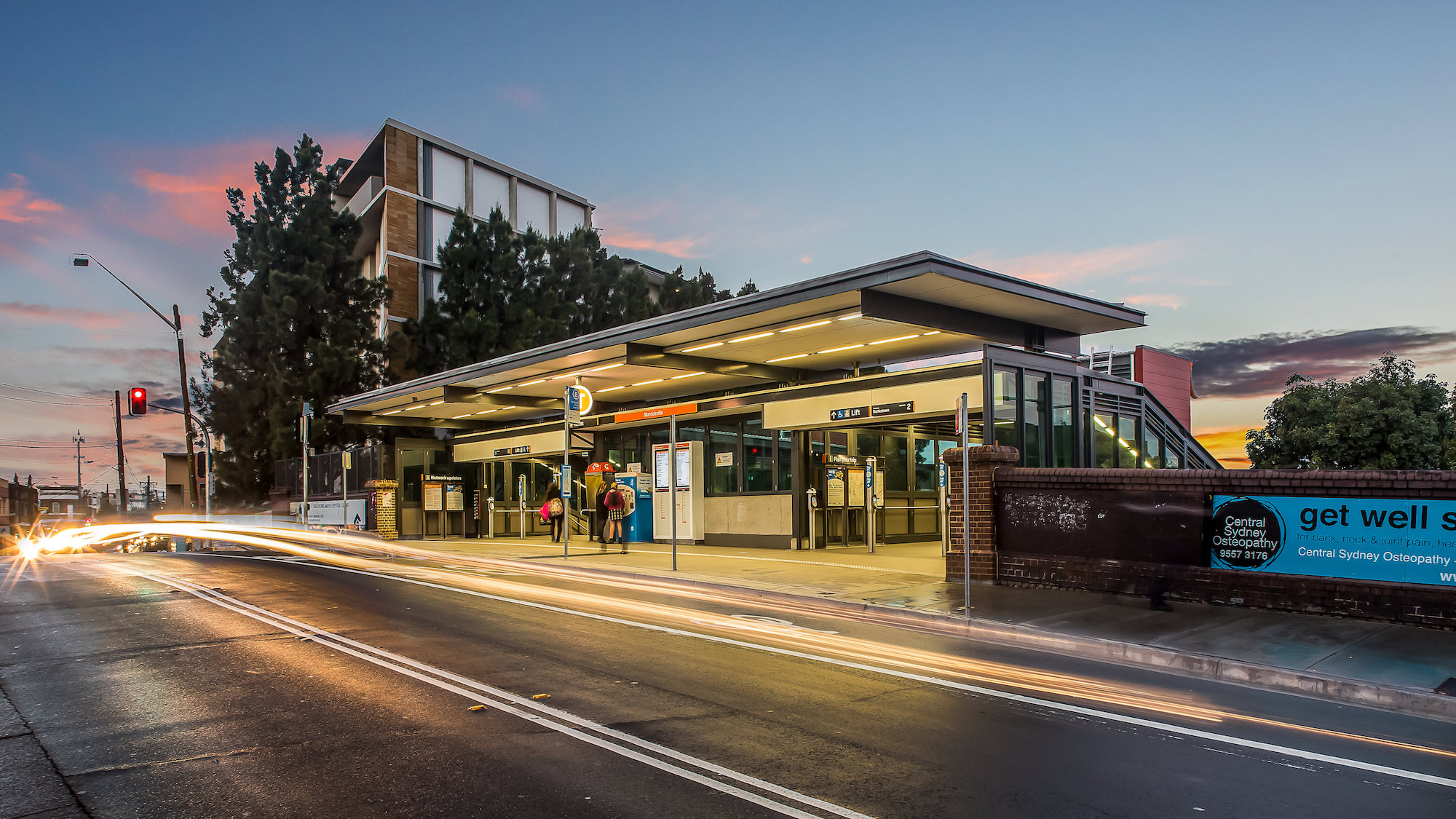 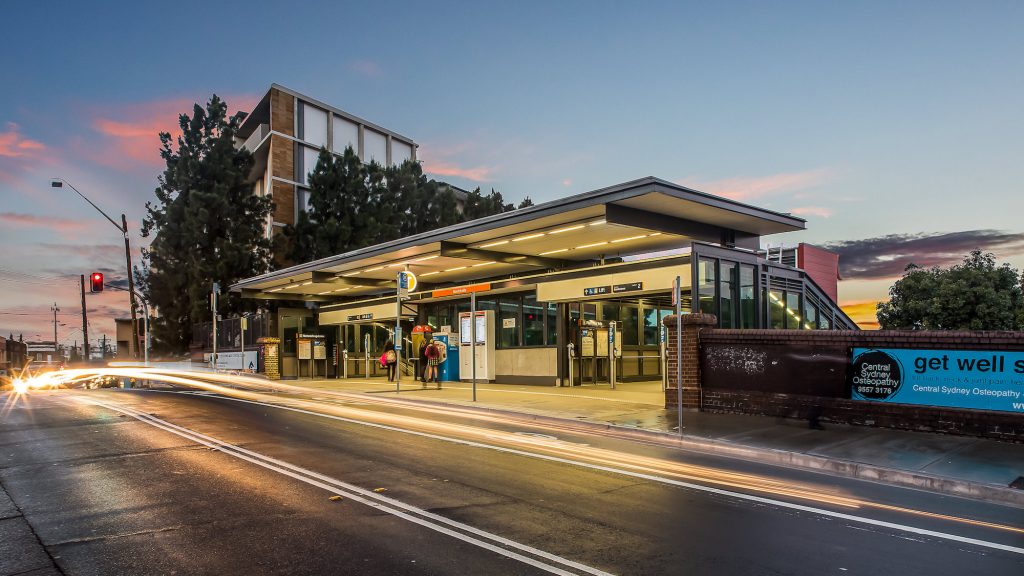 Over the last two decades DesignInc has designed the upgrades of many train stations as part of Transport for NSW’s ongoing programs for improving accessibility. Marrickville railway station opened in 2017 with a new concourse and lifts, plus the renovation of a state heritage-listed building.

Marrickville railway station did not meet key requirements of the Disability Standards for Accessible Public Transport or the Commonwealth Disability Discrimination Act 1992, making it difficult for people with reduced mobility or parents/carers with prams to access and use the station. Transport for NSW engaged DesignInc for the upgrade of the station to provide safe and equitable access to the platform and improved customer facilities, while respecting the heritage character of the station. 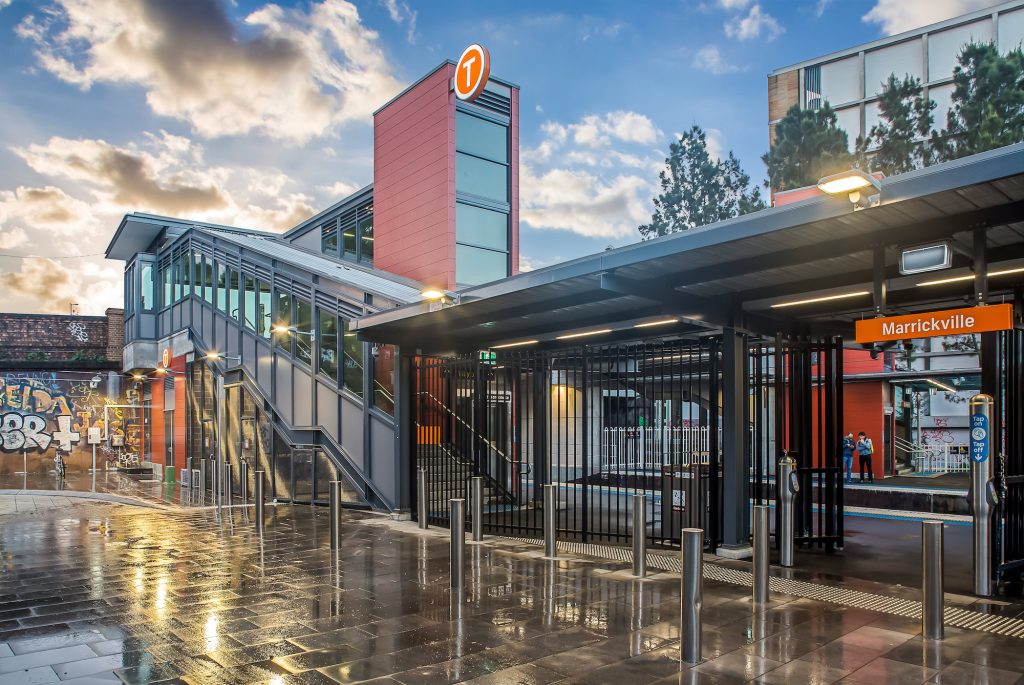 DesignInc’s upgrade of the station included a new concourse, two elevators, an upgraded side entrance, renovations to the existing platform building and the relocation of a side platform building.

A new light and open entrance to the station gives it a prominent position on Illawarra Road and integrates it with streetscape. The pavement and concourse flow seamlessly into each other, the station canopy extends over the footpath and the customer service utilities are set back to create an open and welcoming entrance. 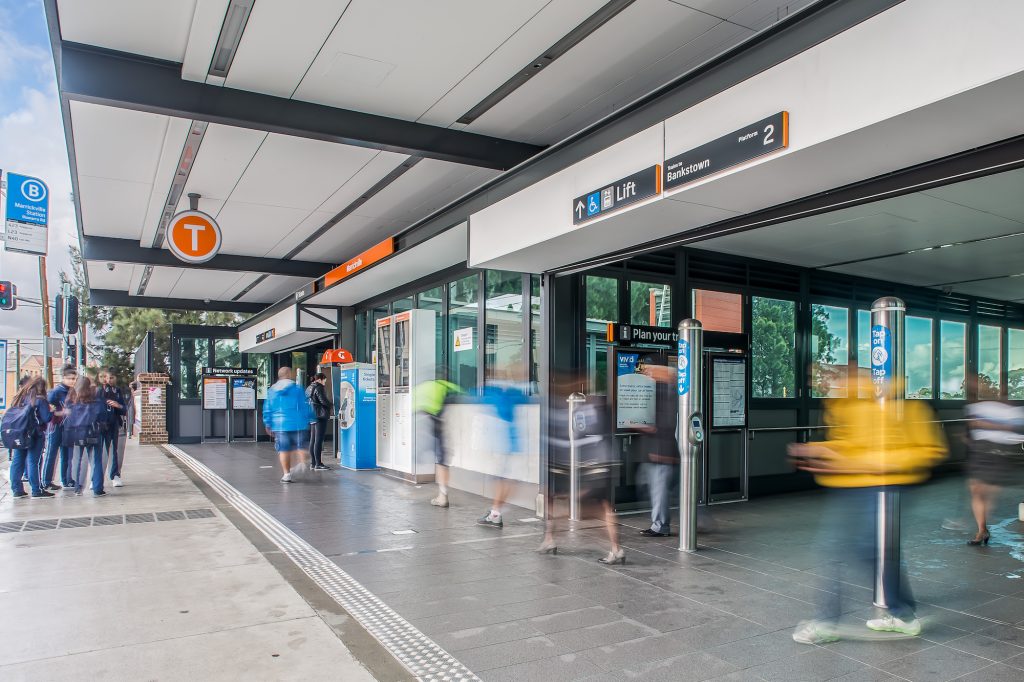 Stairs provide access to each platform, and DesignInc incorporated two new lifts. Due to the long and narrow dimensions of the available space, Liftronic developed a slender elevator specifically for the station. It has now become part of Liftronic’s standard offering to Transport for NSW. A new public plaza around the Station Street side entrance is equipped with bicycle racks, and has accessible parking and a new retail precinct. 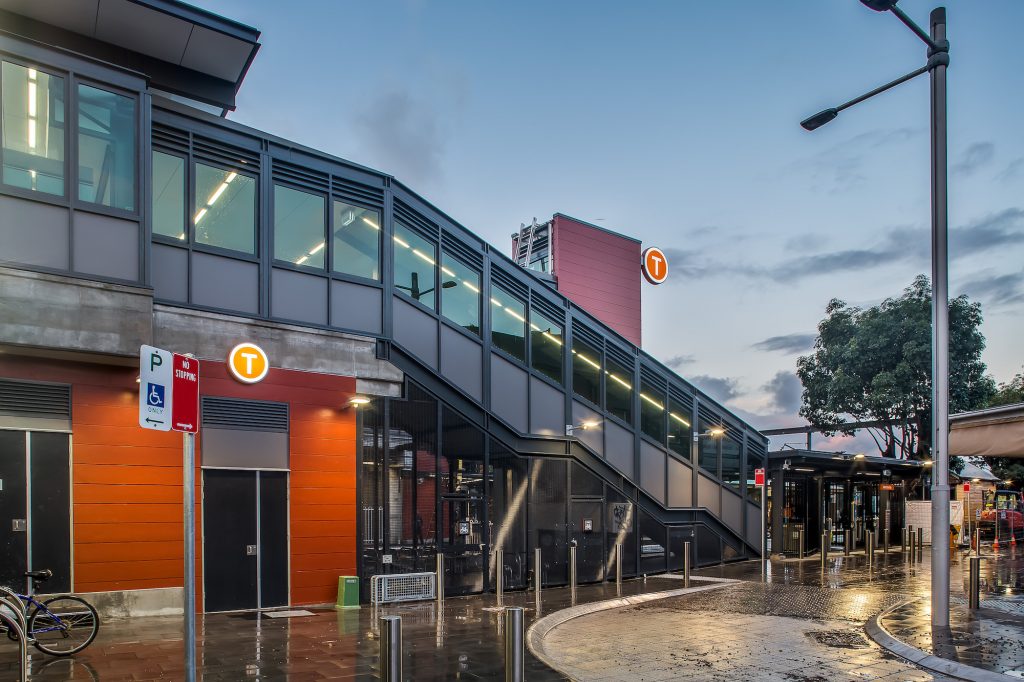 Both the site conditions and heritage listing proved to be challenges, as the site was tight and the original station hidden away. “We looked at what could be done to improve the public access to the most significant heritage items by reworking less significant areas of the site,” says DesignInc Principal Garth Davies.

The original building was constructed in 1895 when Illawarra Road still crossed the tracks at grade and the station was in full view. The building represents a transitional period in NSW railway station architecture from the economic boom of the 1880s to the standardisation of design from the 1890s onward. Standardised didn’t mean lack of aesthetic attention, however, and the building has polychromatic brickwork, decorative dentil coursing, ornate awning brackets and carved bargeboards. By 1911, parapets had been added and the road bridge constructed. 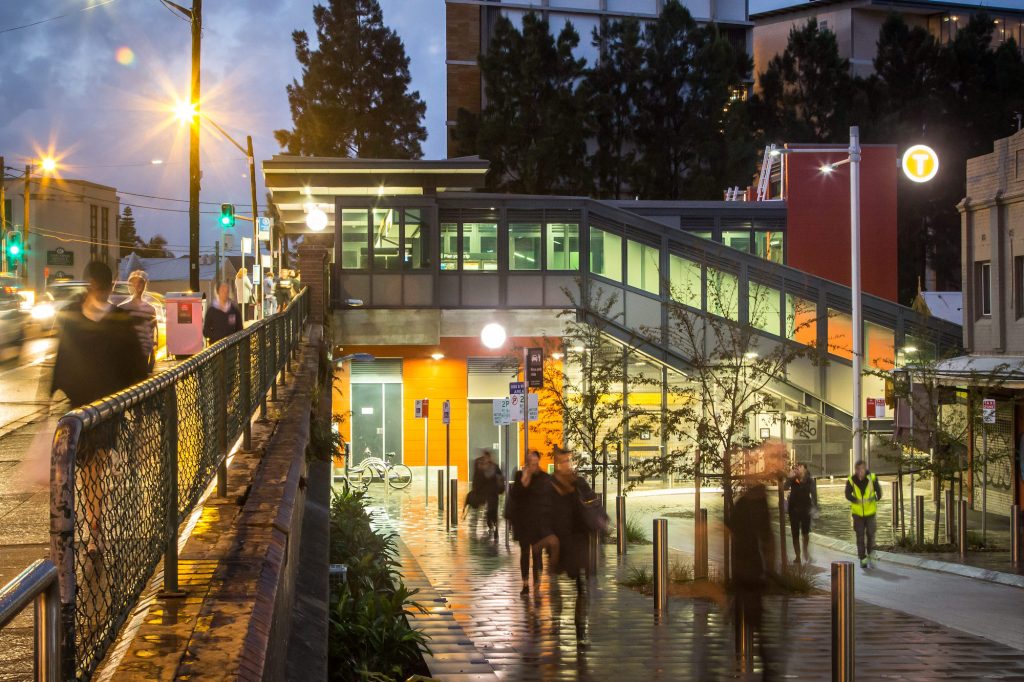 DesignInc removed a large section of the parapet to improve the circulation around the building and to show the decorative architecture off to the public again. Original brickwork columns to either side of the narrow footbridge entry were dismantled and erected at a new wider opening, and a 1920s weatherboard side-platform building relocated further along the platform to allow for new stairs.

“Marrickville is one of Sydney’s most densely populated suburbs and has also been ranked as one of its most liveable. The upgraded station now caters for users with more diverse needs who live and work in the area to access the station and public transport services,” Garth says.