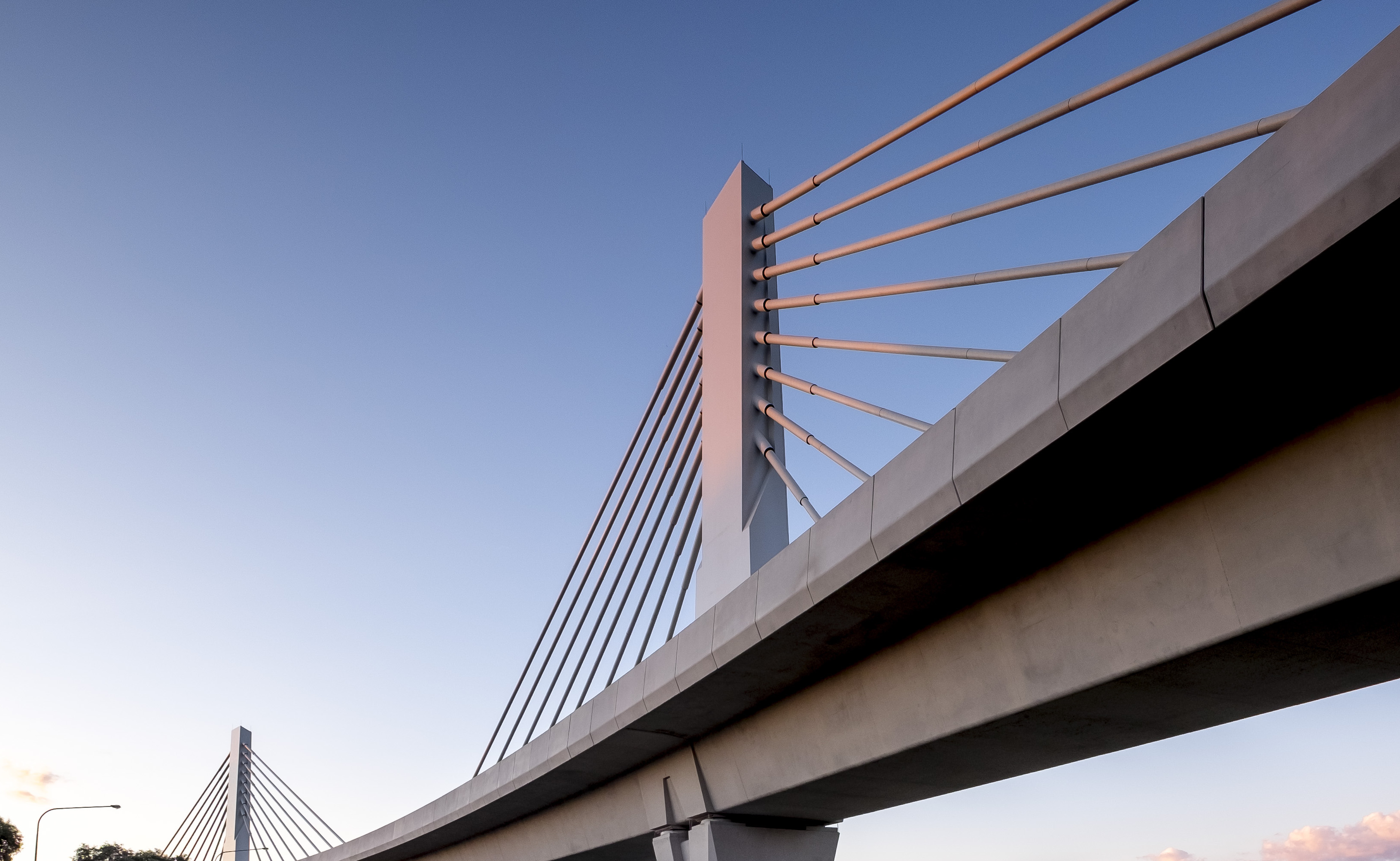 Sydney Metro Northwest, formerly the North West Rail Link project, is the first stage of Sydney Metro, planned to extend to Bankstown via the City and separately out to Parramatta. The project is delivering the first fully automated metro rail system in Australia, eight new railway stations and 4000 commuter parking spaces for a region with NSW’s highest car ownership per household. A landmark railway bridge between Bella Vista and Rouse Hill Metro stations is now complete, and is proof of a strong conceptual direction and design-led collaboration between architect and engineer. We spoke to architect and DesignInc Principal, Cathryn Drew-Bredin.

DesignInc won the tender for the design elements of the project’s Surface and Viaduct Civil Works in 2013, including surface viaducts, bridges and abutments for a 4.5 kilometre stretch of track between Bella Vista and Rouse Hill referred to as the “skytrain.”

Drafted by international construction firm Salini Impregilo and Transport for NSW, the clients’ design brief required civil works, viaducts, bridge and station platforms that integrated structural and architectural elements to create high quality, yet simple and elegant civic infrastructure that related to its existing and future environment; all the while clearly expressing the Metro Northwest identity. 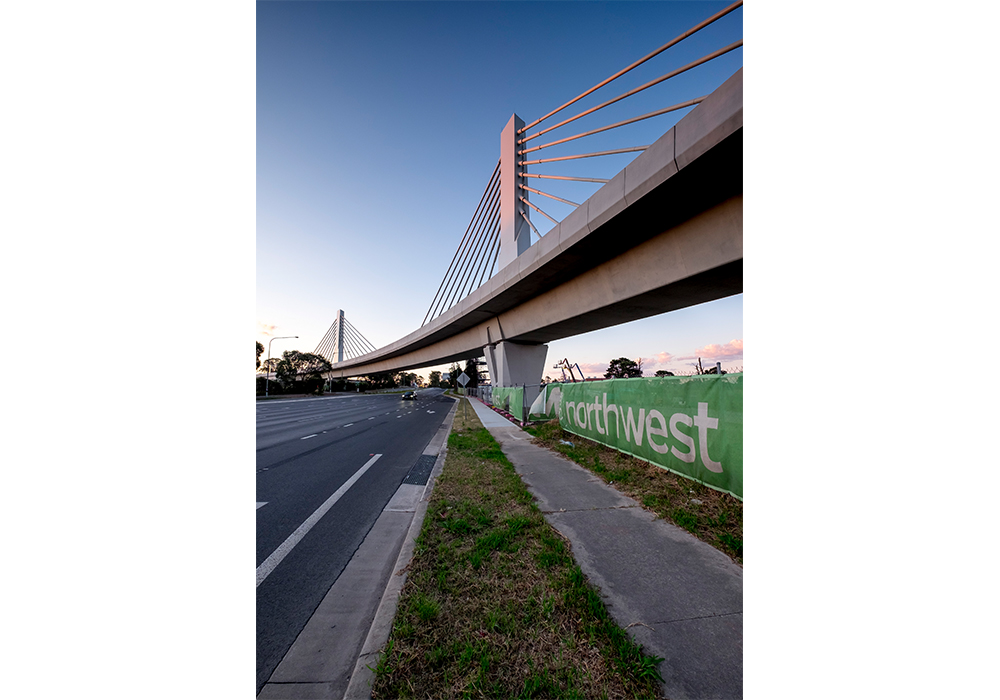 For the rail bridge spanning 135 metres across Windsor Road, “DesignInc put forward two concepts: a standard railway bridge and a cable stayed bridge” Cathryn said. “The clients ultimately chose a cable stayed bridge, now an iconic piece of landmark infrastructure straddling Windsor Road, thanks to our close working relationships during delivery both with our clients and also structural engineers SMEC.”

The viaduct structure includes the 135-metre-long curved twin-cable stayed bridge with a cohesive suite of forms. The piers under the bridge echo those under the viaduct and anchor the 29-metre-tall towers. These are painted steel for ease of construction with a single plane of 32 cables splayed out in a fan arrangement.

“The project was an exercise in pushing the boundaries of what precast concrete can do: the key challenge being to maximise spans whilst maintaining slenderness,” Cathryn explained. “The structures are designed to be proportionally light, slender and appropriately scaled to reduce their visual bulk as much as possible, both individually and in series.” 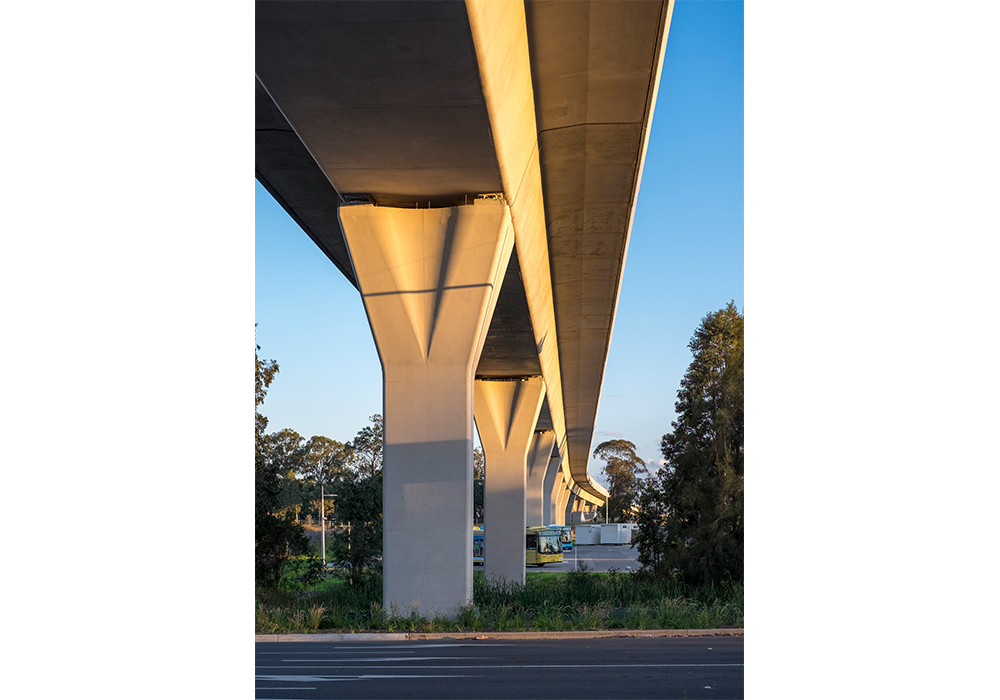 The clients sought a crisp white concrete aesthetic to enhance the sculptural qualities of the structure; requiring considerable experimentation and testing, including prototyping the concrete colour to deliver a challenging yet refined pre-cast finish over the 4.5 kilometre stretch. “More than 100 segments of the viaduct and parapets, had to look like they’re from the same batch of concrete with only limited variation within an acceptable range,” Cathryn said.

Sydney Metro Northwest involved an unusually close collaboration between architect and engineer for such an ‘engineering-heavy’ infrastructure project. Drawing from its wide-ranging international experience, Salini Impregilo place a high value on design in engineering and worked in close partnership with both SMEC and DesignInc to drive a high-quality outcome. “The design of each structure was particularly critical to the end result and clearly benefited from architectural involvement throughout the process,” said Cathryn. 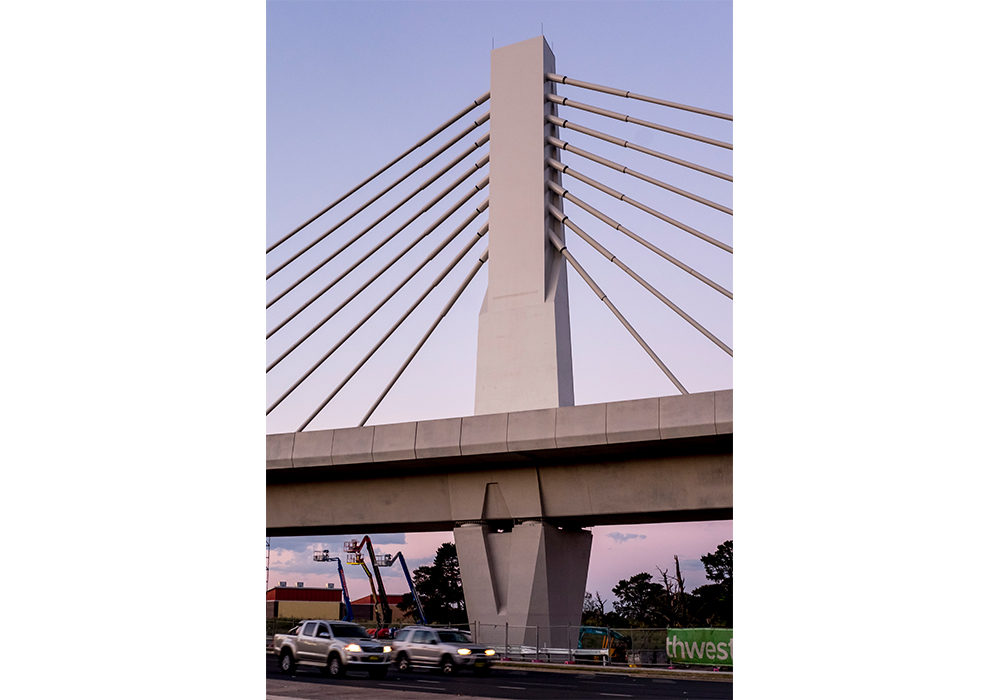 These final built structures affirm the importance of a strong concept and direction, closely reflecting the original design. “It means the concept was right and the direction was right, remaining strong enough to be maintained throughout the four-year detailed design and construction process.” At DesignInc, we find that if you have strength and clarity in your initial design it can successfully guide decision-making throughout the life of a project,” Cathryn said. She particularly praised DesignInc Associate Sándor Dúzs, project architect for Metro Northwest, for his commitment in crafting multiple iterations to ensure design objectives were adhered to and fully realised. “That’s not to say there wasn’t discussion and discourse along the way between all involved, but Sándor is a passionate architect and such courage of conviction is what so often drives good project design,” she said.