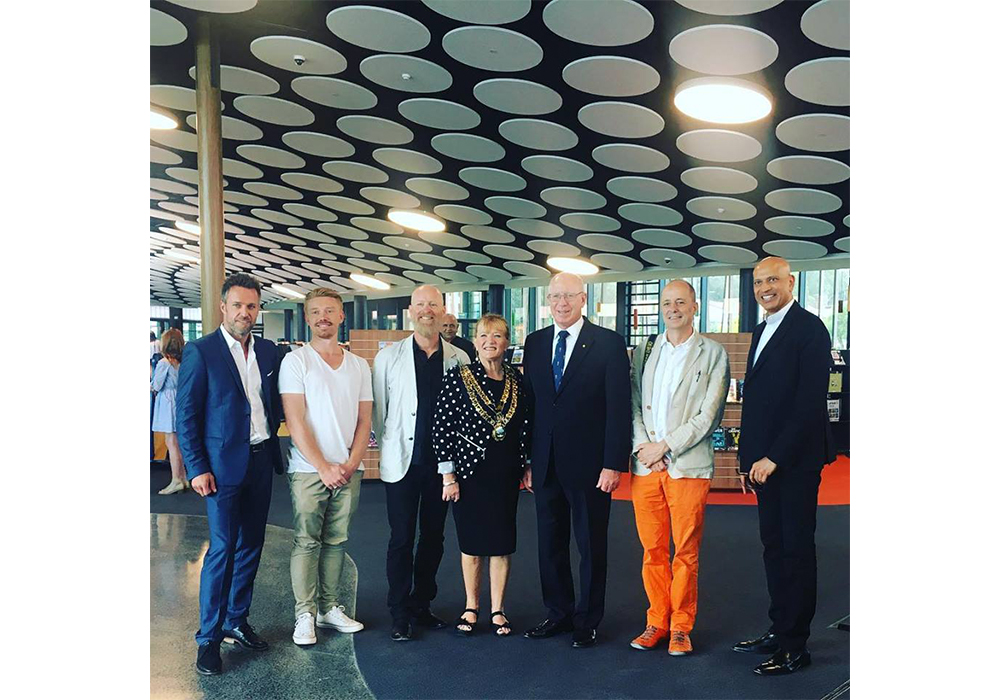 DesignInc commenced work on the project in October 2015. As one of its higher profile projects to date, the building provides a state-of-the-art library, museum, auditorium, council offices and chambers, essentially serving as a hub for the area’s cultural and community activities. 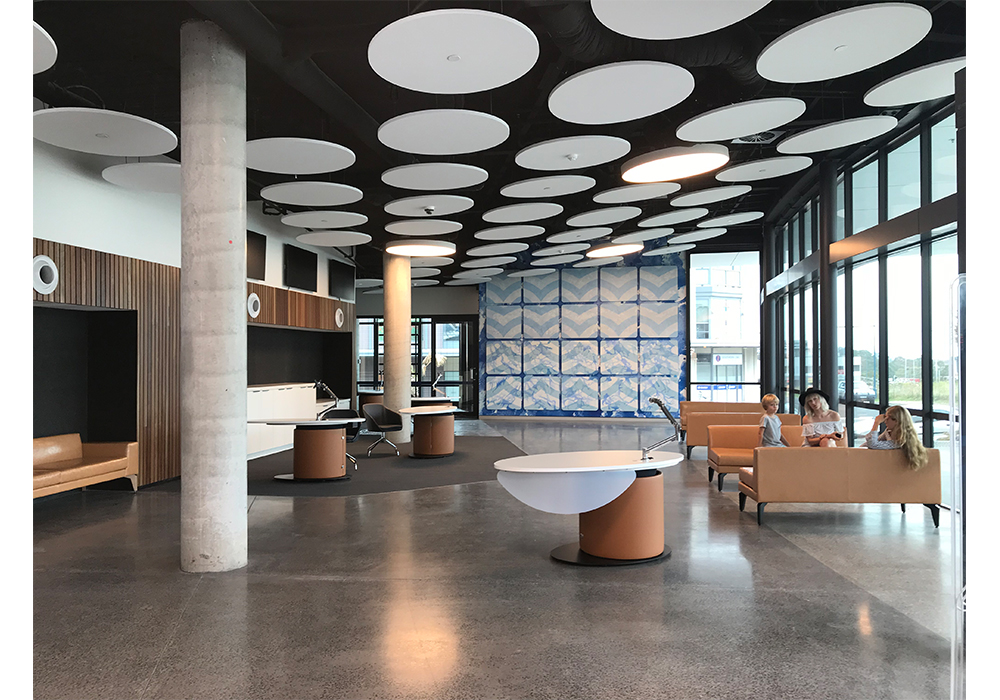 The official opening event began with Welcome to Country by local Aboriginal group, followed by a short performance and the national anthem by local singer, Mackenzie Garcia. His Excellency General The Honourable David Hurley AC DSC (Ret’d), Governor of New South Wales, along with Cr Marianne Saliba, Mayor of Shellharbour City, spoke at the ceremony, which was held in the foyer with approximately 100 people in attendance.

“The Governor who was born in Wollongong had a lot of positive things to say about the landscape surrounding Shellharbour, its growth over the years and how this building is a wonderful architectural expression of the Shellharbour community,” said Richard. Following speeches, the dignitaries unveiled a commemorative plaque that is to be set into the polished concrete floor. 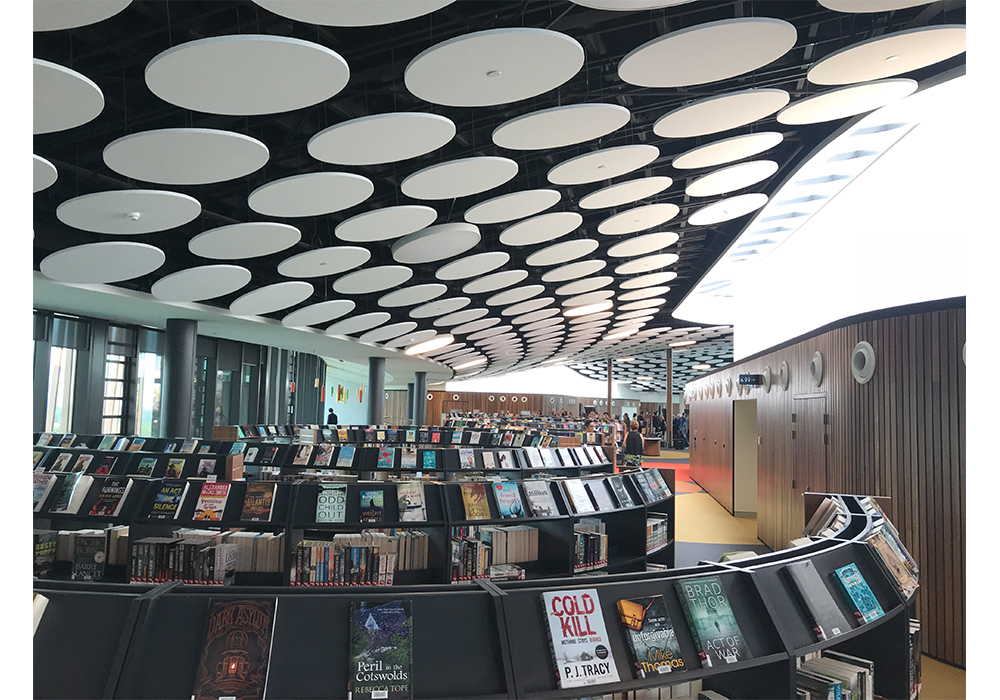 Families, children and local community members explored and admired the new facilities, including the water fountain in the plaza and community artwork integrated throughout the building.

“We met a lot of the people who were involved in user group meetings and community group presentations from early stages of the project. They were very excited about the new space,” Richard said. “They offered high compliments to our design team after having placed so much trust in our ability to deliver their new facility. They were thrilled and expressed their gratitude about the facility and were impressed with the finished product; they were very proud of the space and felt it was a great reflection of their community.” Richard said he also spoke to some councillors who originally opposed the project but have had a change of heart since it’s opened, thrilled again with pride in their new building.

“I’m really proud of the way people are embracing the centre. We know the building is functional; we think the space evokes wonder and embraces nature through views, natural light, and material choices. The test is whether everyone else feels the same way. It was pretty clear this view was shared amongst the community members, library staff and council members that we spoke to who expressed their support and pride.” – Richard Does, Director.

The centre will open to the public in January 2018 once the finishing touches are complete.