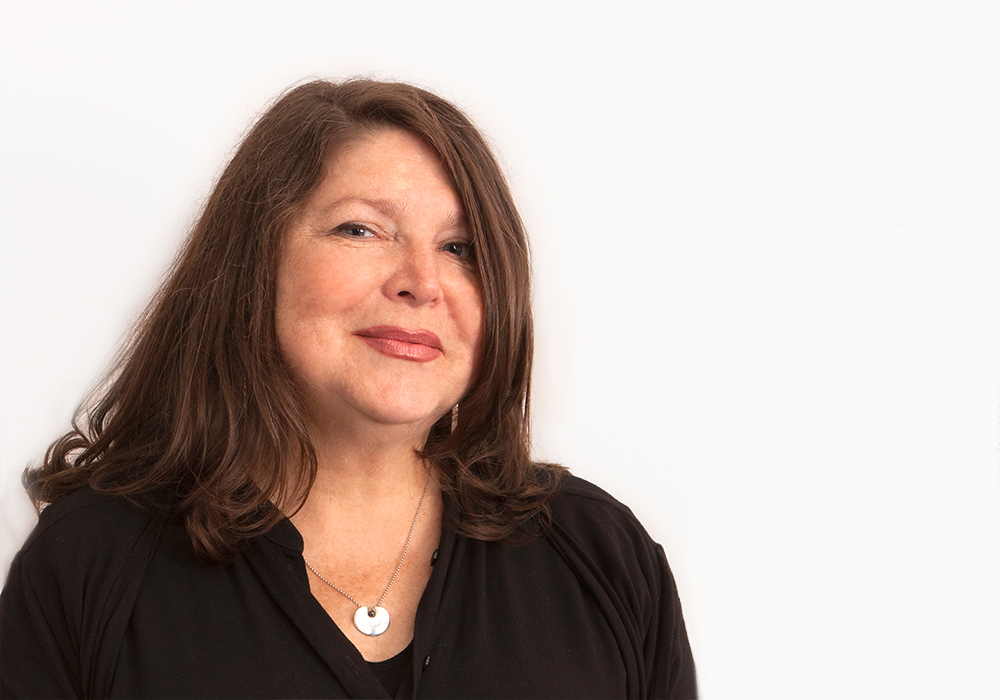 DesignInc Associate Jacqueline Urford joined the panel discussion at Sustainability Live to consider how we balance conservation of our past with a more sustainable future.

Hosted by Architecture & Design, Sustainability Live took place on 26 October 2017 with more than 200 people in attendance. The inaugural event for the architecture, design, engineering and construction industries introduced seven panels with a Q&A format. Each panel was themed in line with the categories in the 2017 Sustainability Awards program held later that night. 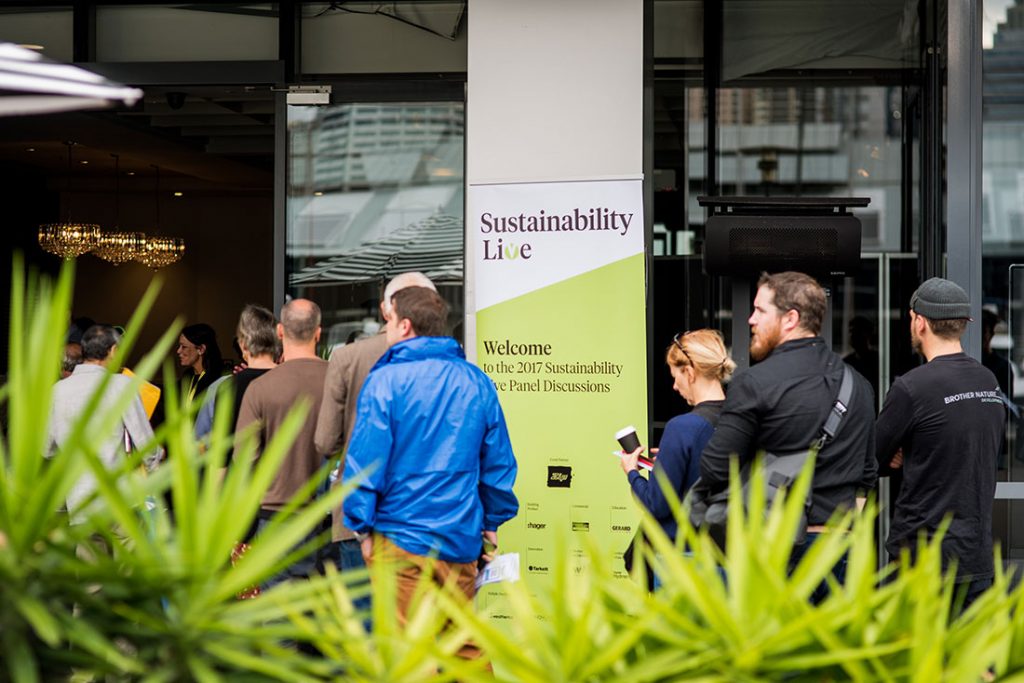 Registrar of the NSW Architects Registration Board, Tim Horton, put Jacqueline’s name forward for the heritage and sustainability panel titled “Preserving our past, building our future.” She is a former chairperson and member of the Heritage Committee of the Australian Institute of Architects (NSW). Sharon Veale, CEO and partner at GML Heritage, moderated the panel, which also included award category finalists.

The panel raised the issue of how, as designers, architects, engineers and builders, we balance conservation of our past with a more sustainable future? Is retention of the existing, or are energy-efficient new materials and grey-water toilet flushing better in sustainability terms? The ensuing discussion revolved around the adaptive reuse of heritage structures versus the construction of new 6-star green star buildings in the pursuit of sustainable development. 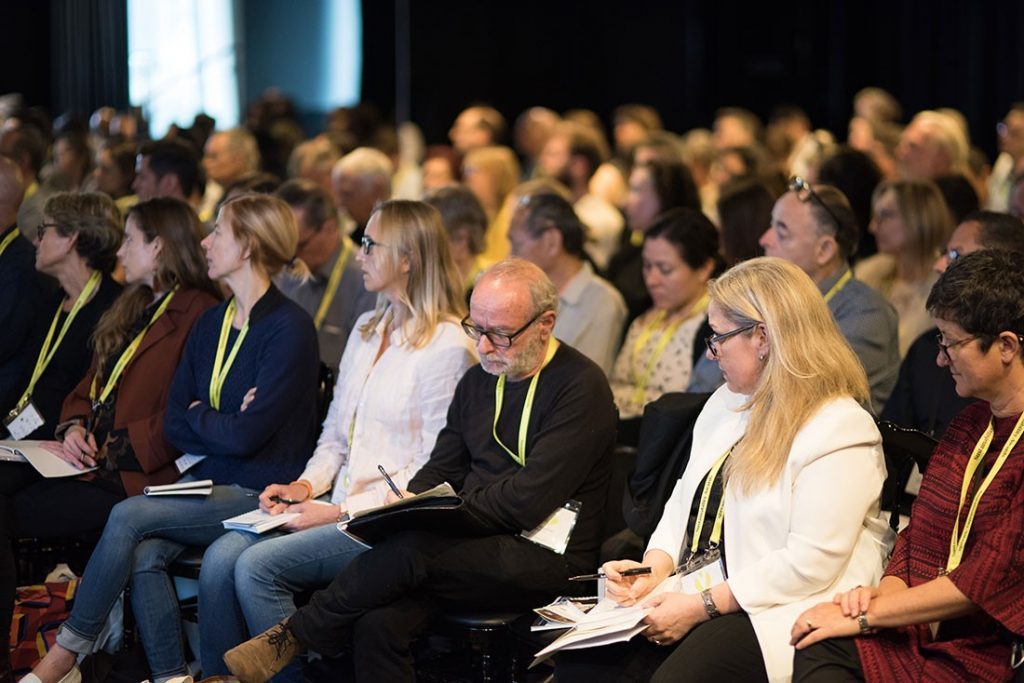 The panel highlighted two examples for the case of adaptive reuse: Sharon suggested Sirius in The Rocks, and Jacqueline introduced the old UTS Kuring-gai Campus, which is being adaptively reused to become the new Lindfield Learning Village (pictured below) . Both are examples of Brutalist buildings. 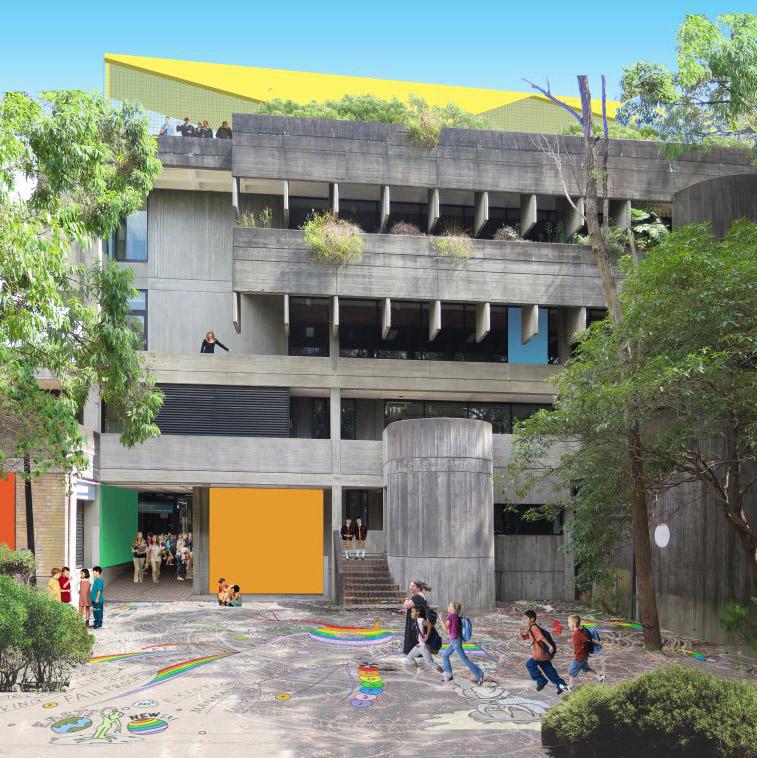 DesignInc’s adaptive reuse of the UTS Kuring-gai Campus is transforming the Brutalist building into a unique K-12 education environment. Originally designed in the European tradition of ‘Italian Village on a hillside,’ the campus opened in 1971 with bold off-form concrete, rooftop gardens, courtyards, internal streets and native landscape surrounds. The adaptation of the heritage-listed building will bring it up to current codes and accommodate approximately 2000 students and 200 teachers. The campus has existing workshops, studios, laboratories and other specialist facilities that will be available for student use.

In contrast, NSW Government declined heritage protection for Sirius, a social housing building opened in 1980, in favour of demolishing the complex and selling the site. “The Government wishes to demolish Sirius, yet the architectural fraternity want to retain and reuse it as apartments or a hotel, while still maintaining a portion of it for public housing,” Jacqueline said. “The case for and against Sirius has drawn attention to architectural, societal and government issues towards recent built heritage.” 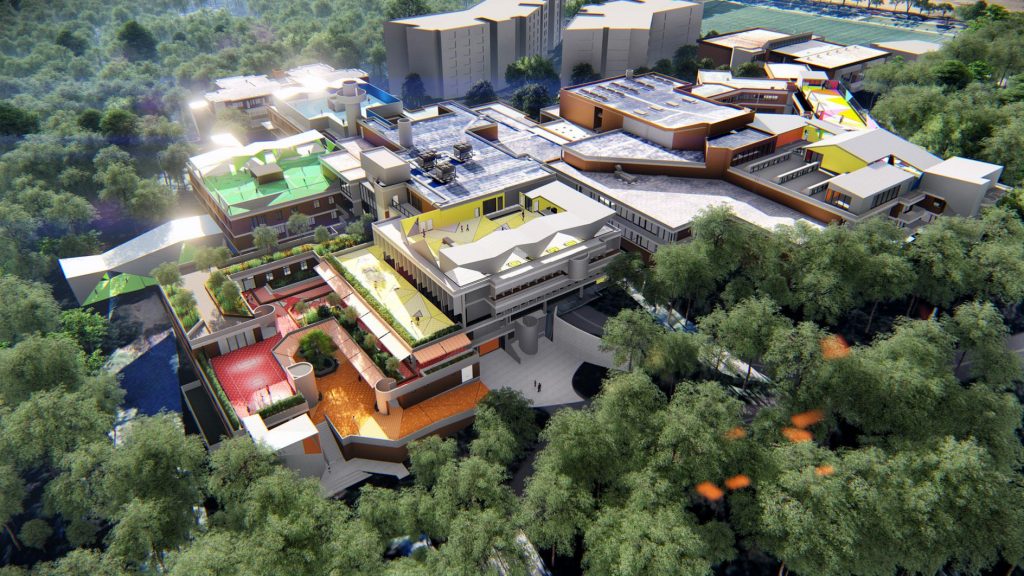 Shifting from heritage to green star buildings, the panel and audience considered Doltone House on Jones Bay Wharf – the venue of Sustainability Live – as an example of a new 6-star green star building (NSW’s first). In concert with the new residential buildings adjacent, it has replaced the heritage timber wharf buildings that had been previously adaptively reused for commercial purposes. “The discussion highlighted that even with the use of grey water toilet flushing and carpet made from recycled water bottles, valuable resources had been discarded by the demolition of robust timber structures that contributed to cultural layering and memory of the industrial past of the working harbour,” Jacqueline explained.

A question from the audience raised the issue that builders are not aware of sustainable initiatives, to which the panel agreed. “I suggested sustainability was a team effort that needed to include client, authorities, architects, engineers and builders,” Jacqueline said. “By way of example, existing components are often recommended for re-use, however from builders’ perspectives it’s not time or cost efficient due to increased labour costs.”

The panel concluded the full-day program and attendees expressed they were happy that heritage had been included in the Sustainability Awards and panel discussions as it is an increasingly important architectural typology and brings its own distinct issues.

ONE20 Group’s Skipping Girl Vinegar Factory Conversion won the 2017 Sustainability Award for heritage. The adaptive reuse of the factory, originally built in 1890, was designed to be sustainable down to the zero-waste policy construction phase. No rubbish skips were allowed on site and all material had to be reused, recycled or repurposed from the building itself. The project also took advantage of high-performance windows, thermal mass, insulation, natural ventilation and shading to achieve a sustainable outcome.