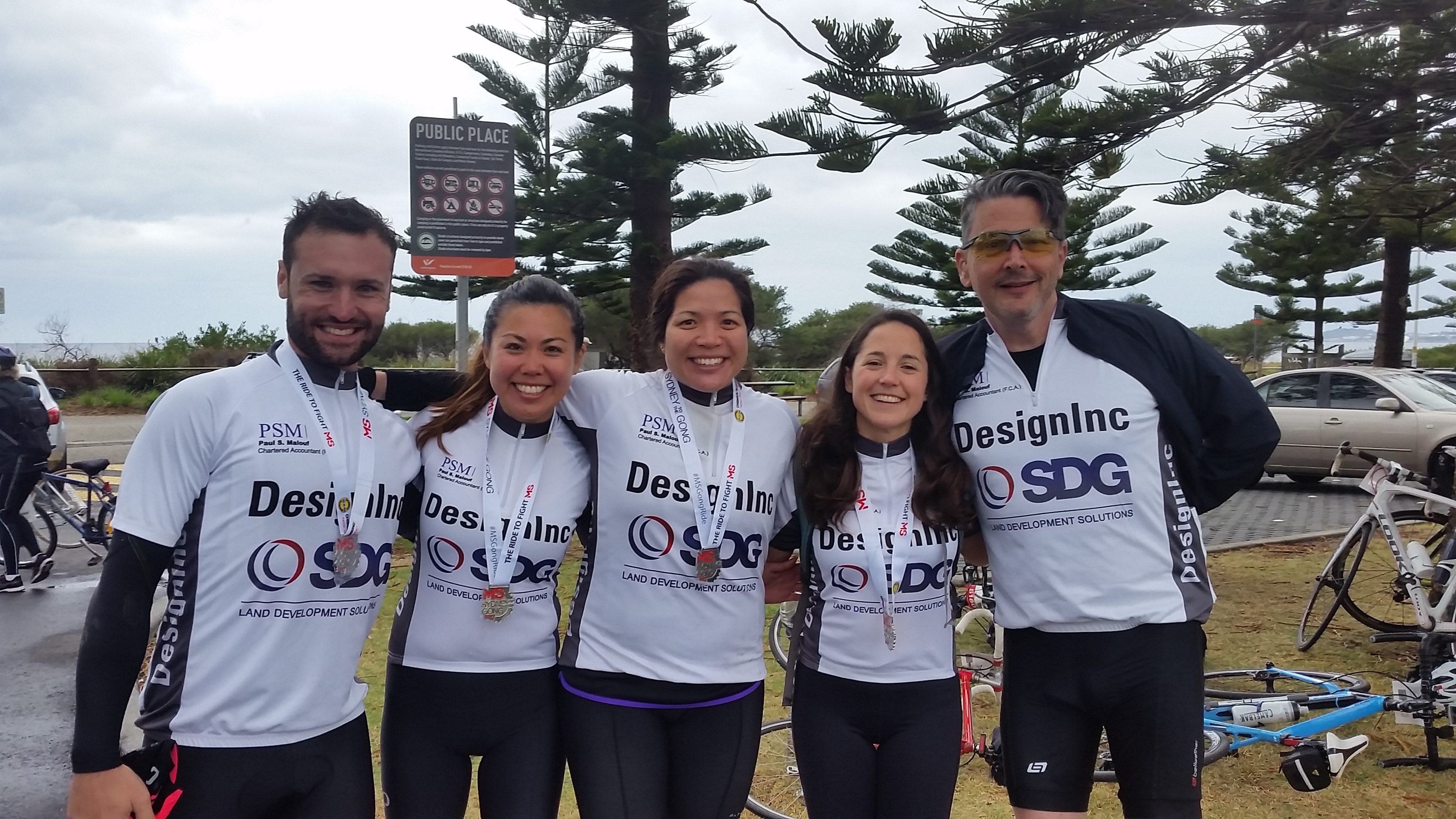 Congratulation to the DesignInc Sydney Cycling team who survived MS Sydney to the Gong Charity Bike Ride 2017 and raised more than $4000 in the process. 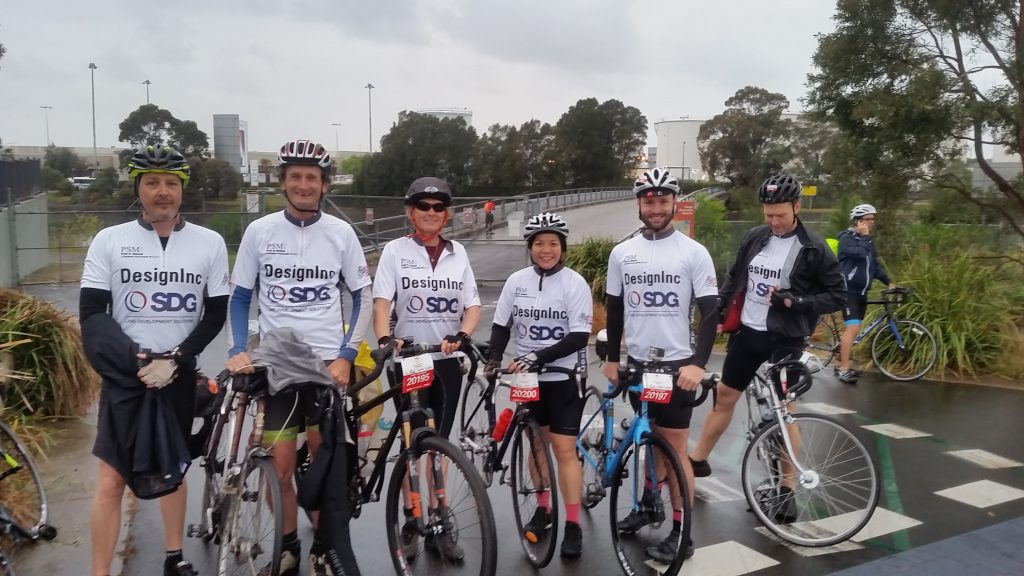 Every year tens of thousands of cyclists hit the road for MS Sydney to the Gong Charity Bike Ride in the name of raising funds for people living with multiple sclerosis. On November 5, the DesignInc Sydney Cycling team donned lycra for the second year in a row to participate in the legendary ride and it may go down as one of the most epic. DesignInc architect and cyclist Christopher Malouf gives us a rundown of the day.

“The team woke up on Sunday morning at 4:30am to find the weather was less than favourable,” Christopher says. “Torrential rain and strong winds to be more accurate.” But not to be deterred, the team made its way to the start of the course at Tempe ready to ride the 82 kilometres to Wollongong.

As the team set off at 6:30am a glimpse of blue sky provided a glimmer of hope. “It turned out to be a mirage and the rain started to come in heavier to the point that vision was lost,” Christopher explains. Still undeterred, the team pressed on. And while other riders buckled under the weather, pulling of the course and heading for home, the DesignInc team kept their feet on the pedals. 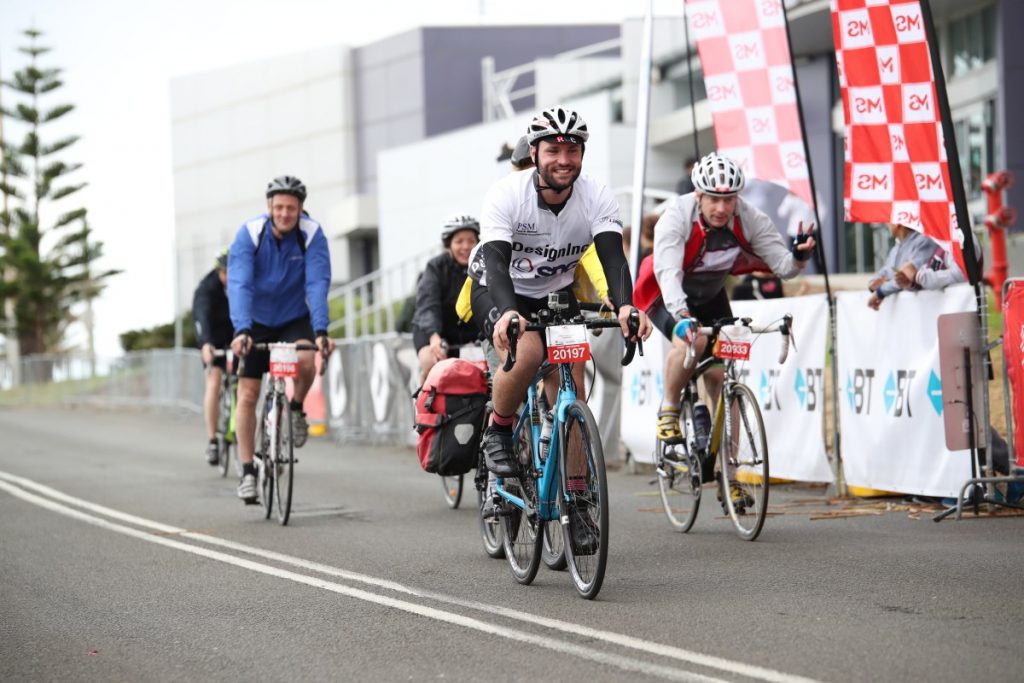 As the riders passed by iconic sites such as Stanwell Tops, Royal National Park and Sea Cliff Bridge, there were also other amazing sights to be seen. “At the Waterfall pit stop, there was a man riding an old-fashioned penny farthing; it was definitely a sight to see when he leapt up onto the seat mid stride and powered up the hills,” Christopher says. “There were also people on rent-a-bikes, hand-peddled bikes and on unicycles – several of which went down through the rainforest with a look of fear on their faces when they saw the speed they picked up.” 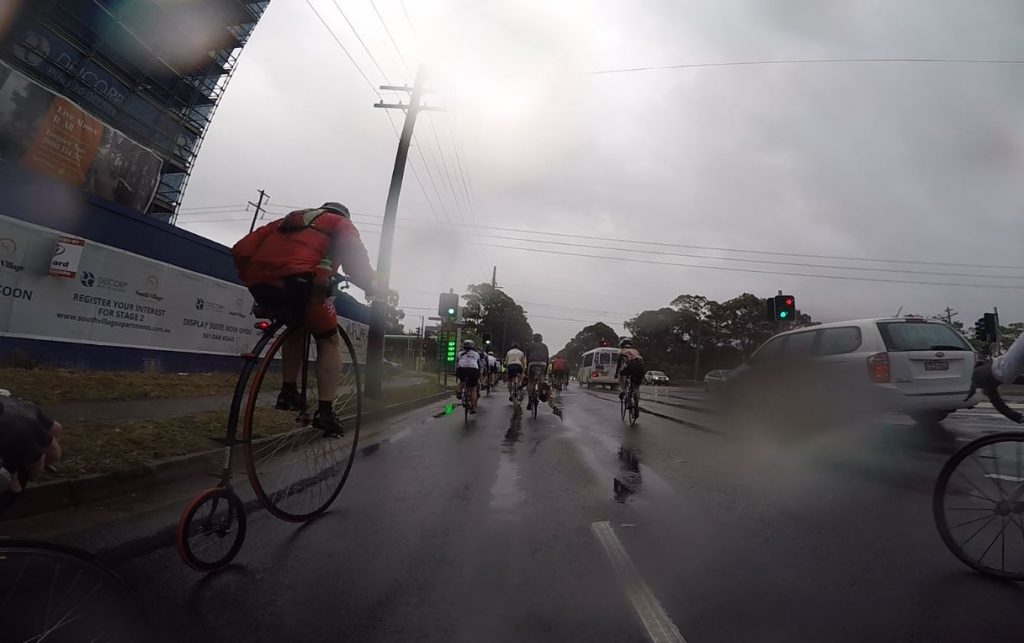 Sticking to the standard two-wheeled bikes, the DesignInc team clocked speeds of up to 61 kilometres in the Royal National Park rainforest. Given the pouring rain the pace was slower than last year, but the slippery road meant riders needed to take extra care – as many other cyclists would soon find out. “A large crash at the top of Royal National Park, just before Sea Cliff Bridge, halted the event for 40 minutes and caused a backlog of several thousand riders stretching hundreds of metres,” Christopher explains. 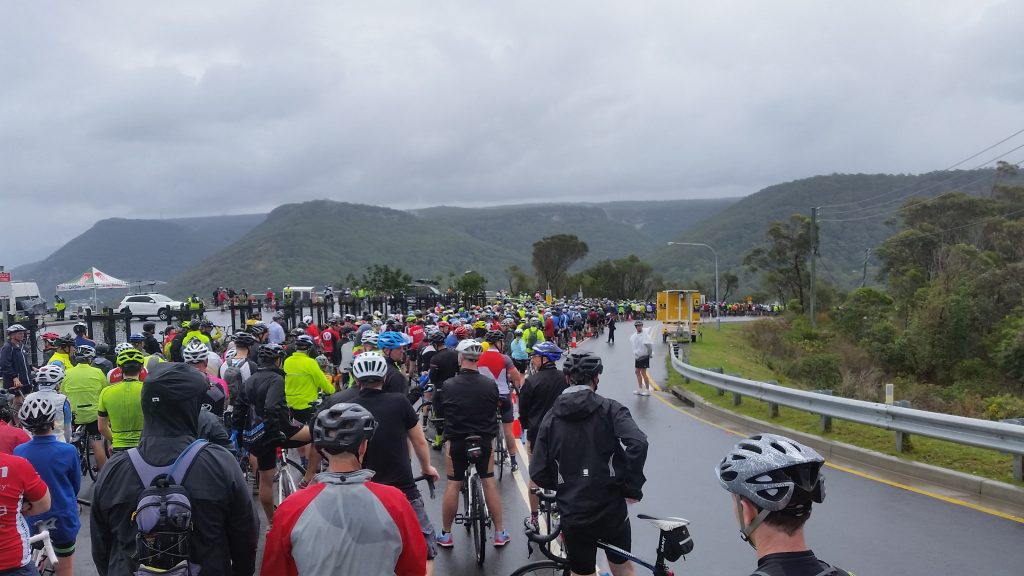 Once approved to proceed, the race for the Gong was on. Gratefully all members of the DesignInc team completed the course and were extremely happy and proud of their times with several crossing the finish line in less than four hours. 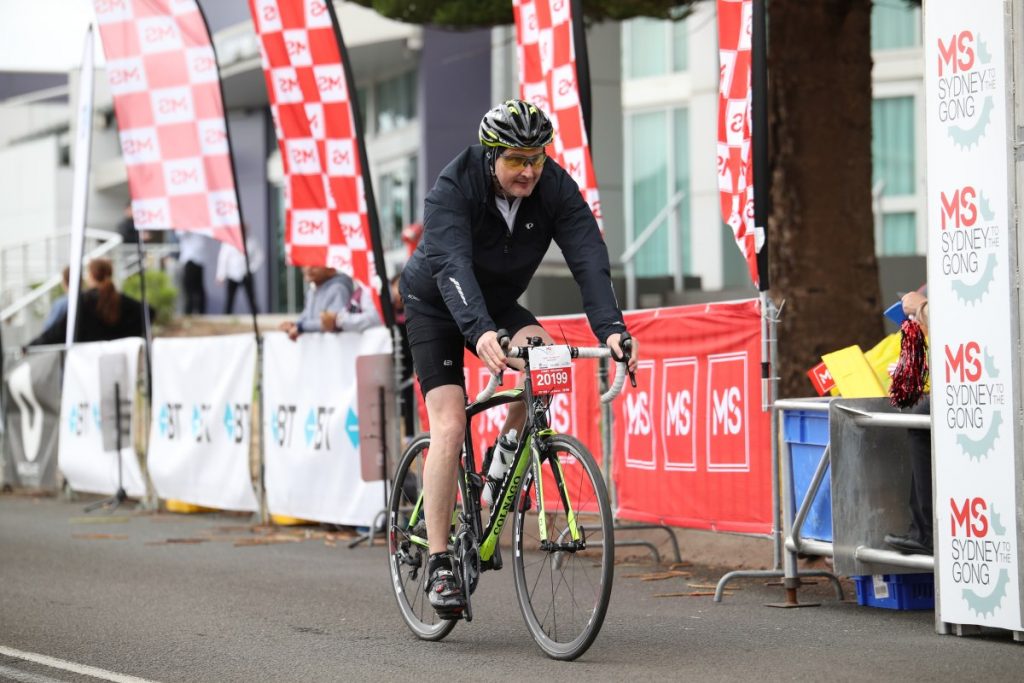 There’s already talk of participating in the MS Sydney to the Gong Charity Bike Ride 2018 with more DesignInc staff keen to join the team. Earlier this year Christopher and Patrick Ormsby also completed the Bobbin Head Classic, which they are rallying for more people to join.

Congratulations to all those who participated and for raising valuable funds for an important cause. 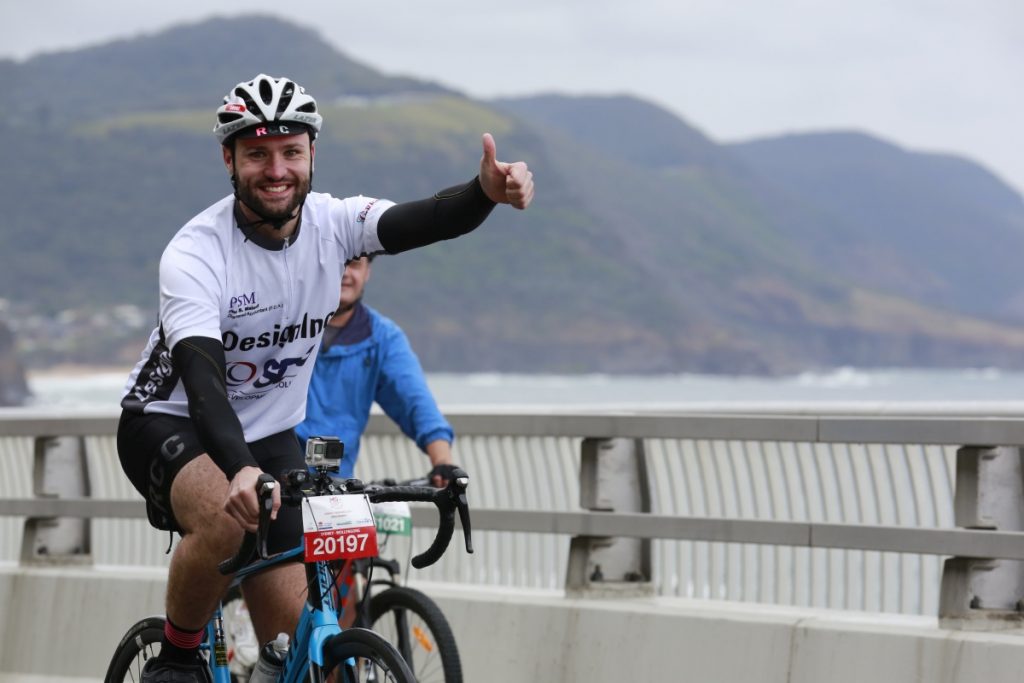