Sydney Metro Northwest will officially open to the public on 26 May 2019. The project delivers a number of firsts to Australia, including the first twin cable-stayed bridge of its kind, designed by DesignInc in partnership with Salini Impregilo.

“This is an exciting time for the future of public transport. Thousands of commuters will have access to world-class metro rail,” said Premier of NSW, Gladys Berejiklian. “We have delivered the North West Metro on time and more than $1 billion under budget. This project is the result of hard work, discipline and focus. I want to thank all those involved in delivering this important project.” 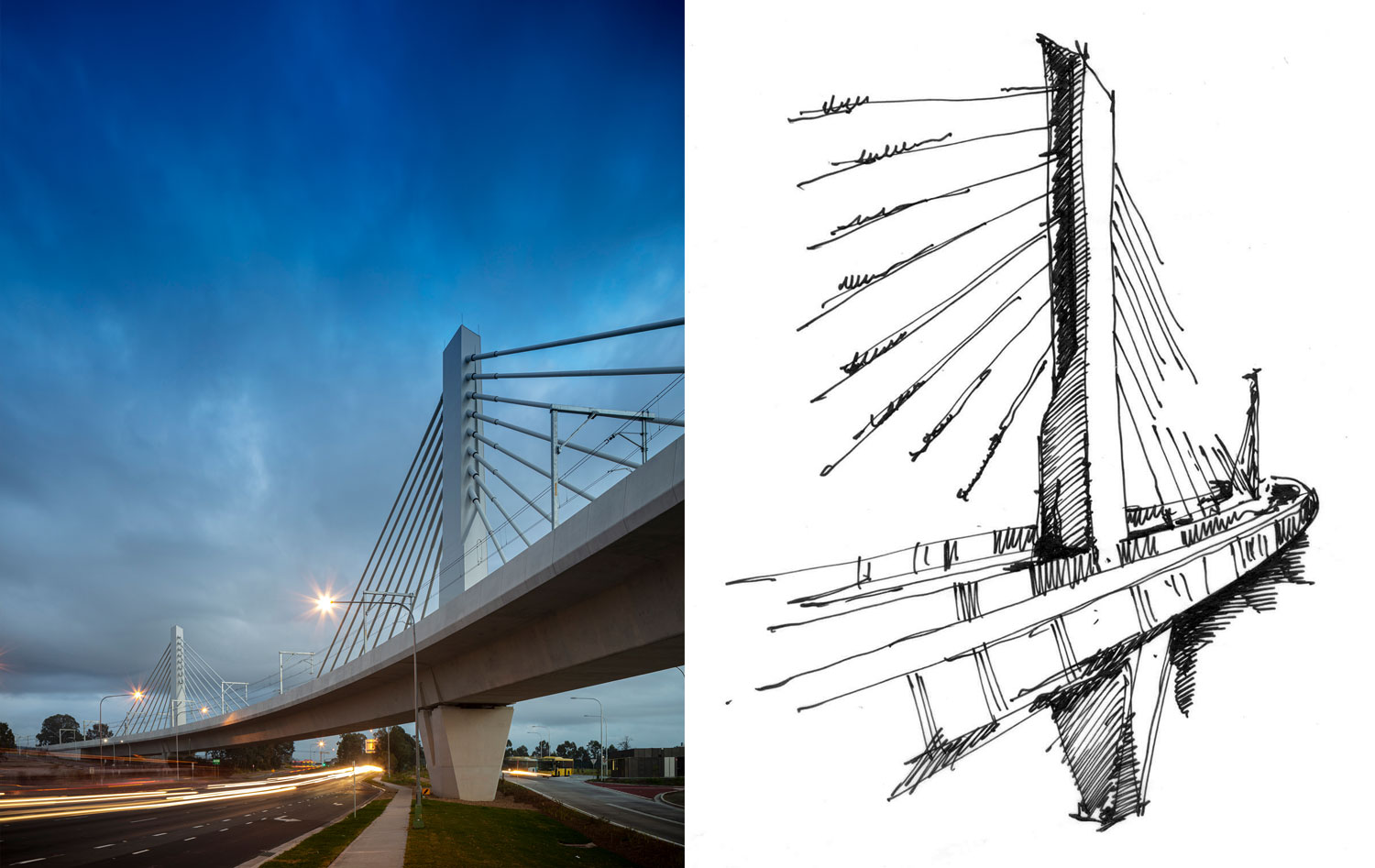 Sydney Metro Northwest is a 4.5-kilometre stretch of railway track between Chatswood and Rouse Hill. The project delivers the first fully automated high-speed metro rail system in Australia with eight new railway stations and 4000 commuter parking spaces. DesignInc worked closely with Transport for NSW and Salini Impregilo to deliver the design, documentation and construction services for the civil works, station platforms and viaducts. The design brief required integrated structural and architectural elements to create a high-quality, simple and elegant civic infrastructure that related to its environment and clearly expressed the Sydney Metro Northwest identity.

“The project was an exercise in pushing the boundaries of what precast concrete can do: the key challenge being to maximise spans whilst maintaining slenderness,” said architect and DesignInc Principal, Cathryn Drew-Bredin.

The viaduct structure includes the 135-metre-long curved twin cable-stayed bridge with a cohesive suite of forms. The piers under the bridge echo those under the viaduct and anchor the 29-metre-tall towers. These are painted steel for ease of construction with a single plane of 32 cables splayed out in a fan arrangement. A crisp white concrete aesthetic enhances the sculptural qualities of the structure and required considerable experimentation and testing to achieve a refined and consistent pre-cast finish.

These final built structures affirm the importance of a strong concept and direction, closely reflecting the original design. DesignInc worked in close partnership Salini Impregilo and SMEC to drive a high-quality outcome and place a high value on design in engineering. “The design of each structure was particularly critical to the end result and clearly benefited from architectural involvement throughout the process,” said Cathryn. 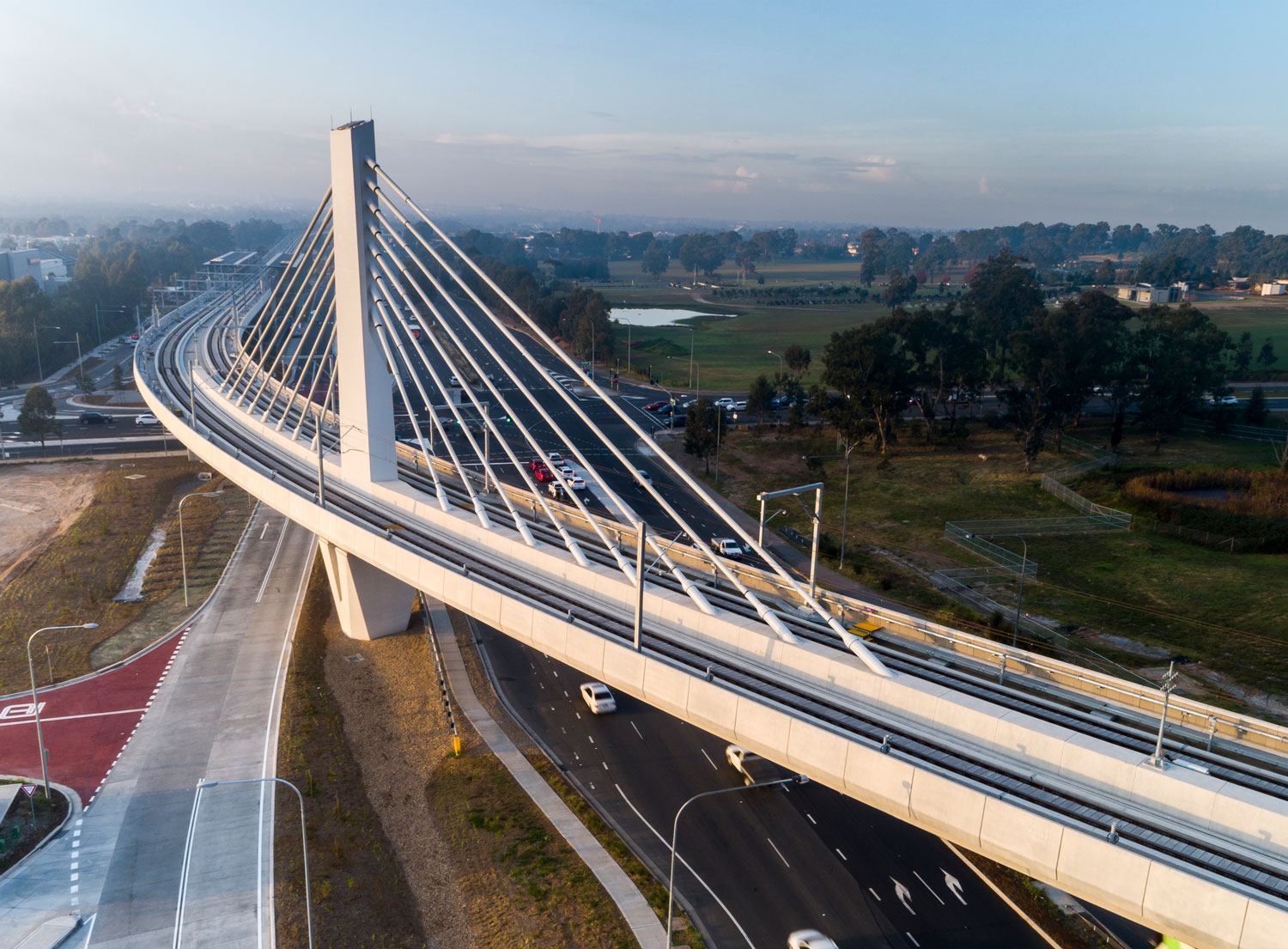 The end result has also been internationally recognised for its innovation and sustainability. US-based Engineering News Record (ENR) awarded it 2018 Project of the Year and 2018 Global Best Project for the railway sector. The independent jury of industry professionals described the bridge as “an elegant and sustainable rail project utilising innovative construction techniques.” Criteria included safety, innovation, contribution to the global community, aesthetic quality and workmanship, with special emphasis on how the global diversity of the project team.