Getting to know: DesignInc’s Joyce Lim 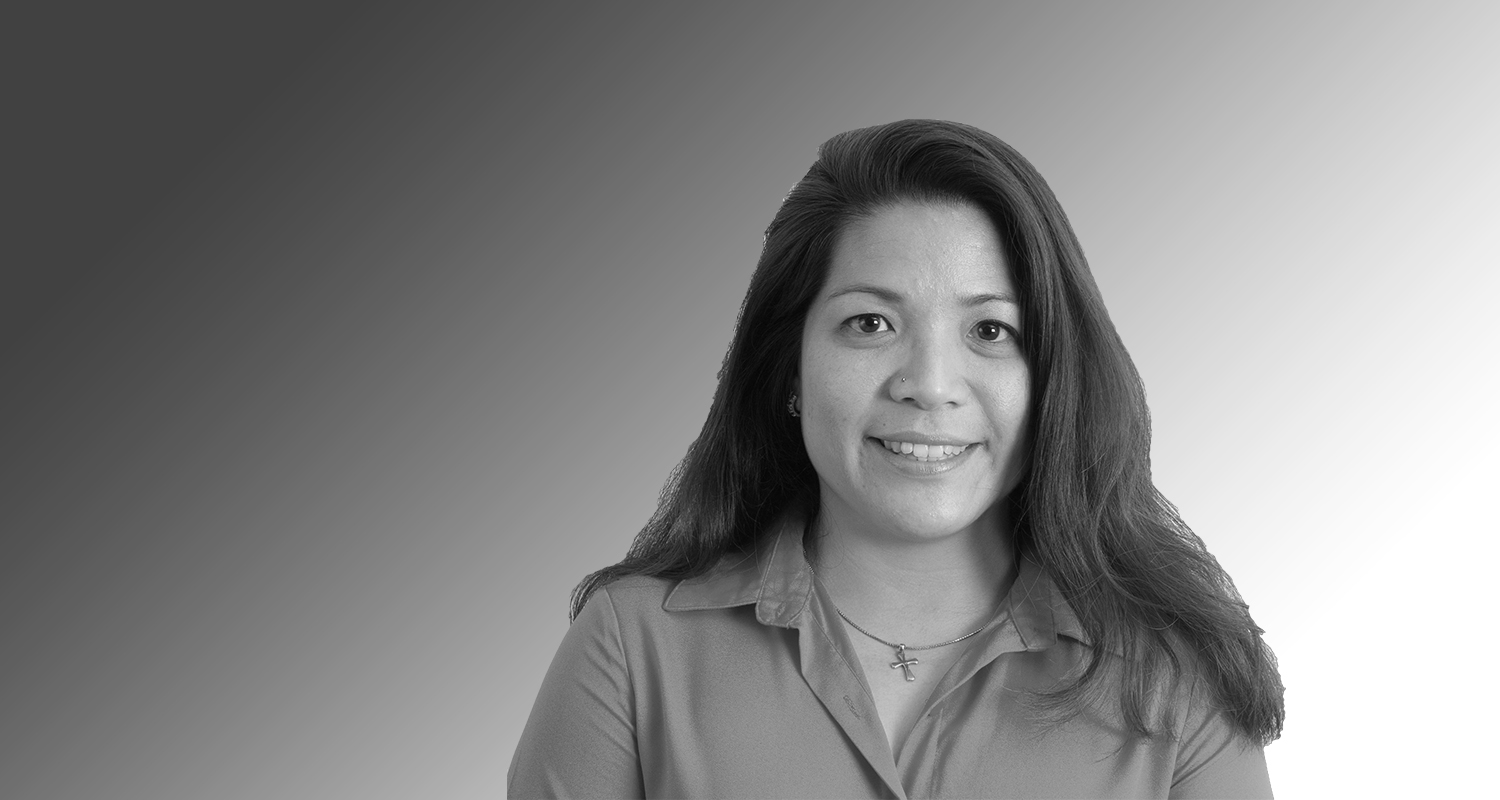 Senior Architect Joyce Lim joined DesignInc’s transport and infrastructure team in 2015, bringing her experience and expertise to the upgrades of Transport for NSW railway stations. We spoke with Joyce about her architectural work for DesignInc, her favourite pastime of volleyball and being part of a great team.

Born in Kuala Lumpur, Malaysia, Joyce moved to Australia in 2005 to further her studies in architecture. She had always had a great interest in buildings and spaces and was first taken by architecture at a tender age in primary school. “My mum always reminds me of the story when my classmate had a birthday party and everyone was invited to her house. It was the biggest house I had ever been to – three or four storeys high with a pool and recreation level. I said to mum this place is amazing and I just didn’t want to leave,” Joyce says. “That would have been my very first spark of interest, but I never really thought about it until I was in secondary school and had to decide what I wanted to pursue after school. It seemed a very natural decision to do architecture.”

After graduating from the University of Newcastle with a degree in architecture, Joyce worked for a firm that did a variety of projects, but its main focus was on transport and infrastructure. One of her first projects was Burwood Station Upgrade, part of the Transport for NSW (TfNSW)Transport Access Program. “There was so much to learn about how to treat an existing heritage station, complying with TfNSW design guidelines and standards, and the challenge of creating a space that customers can navigate with ease,” says Joyce. It was also one of her first projects working from detail design through construction to completion. Joyce worked on several other station upgrades, plus other transport and infrastructure projects, including substations and stabling yards.

In 2015, Joyce brought her expertise and experience to DesignInc on the recommendation of a former colleague, Atish Ghantwal, who had joined DesignInc one year earlier. “Now nearly four years on, I am really enjoying the experiences and opportunities given to me. It is a great place to work because the people make it great,” Joyce says. 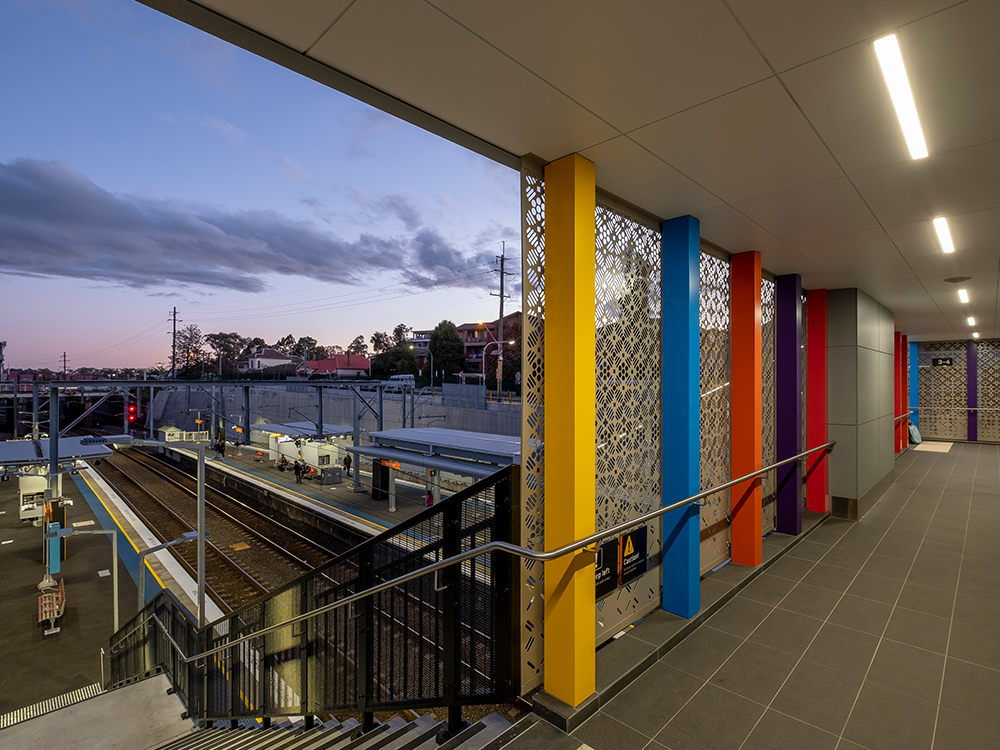 One of Joyce’s latest projects was the Harris Park Station Upgrade. The scope of works required a new lift, new platform canopies, and upgrading station building spaces, accessible ramps, shared paths, a kiss-and-ride and an accessible carpark. “The most exciting aspect of this project is we were able to come out with a successful outcome by giving the station a simple facelift that integrates it with its surroundings and provides the community with a comfortable station to start their journey,” says Joyce. “The perforated screens and multiple coloured columns really bring a festive vibe to the station. It’s definitely worth a visit!”

This ability to positively influence or change people’s environment and experience reflects Joyce’s view on the role of architecture: “Architecture is the only thing that can change how people perceive their surroundings. It is very subjective and it deals with change,” she explains. “As Winston Churchill said, ‘We shape our buildings; thereafter they shape us.’” 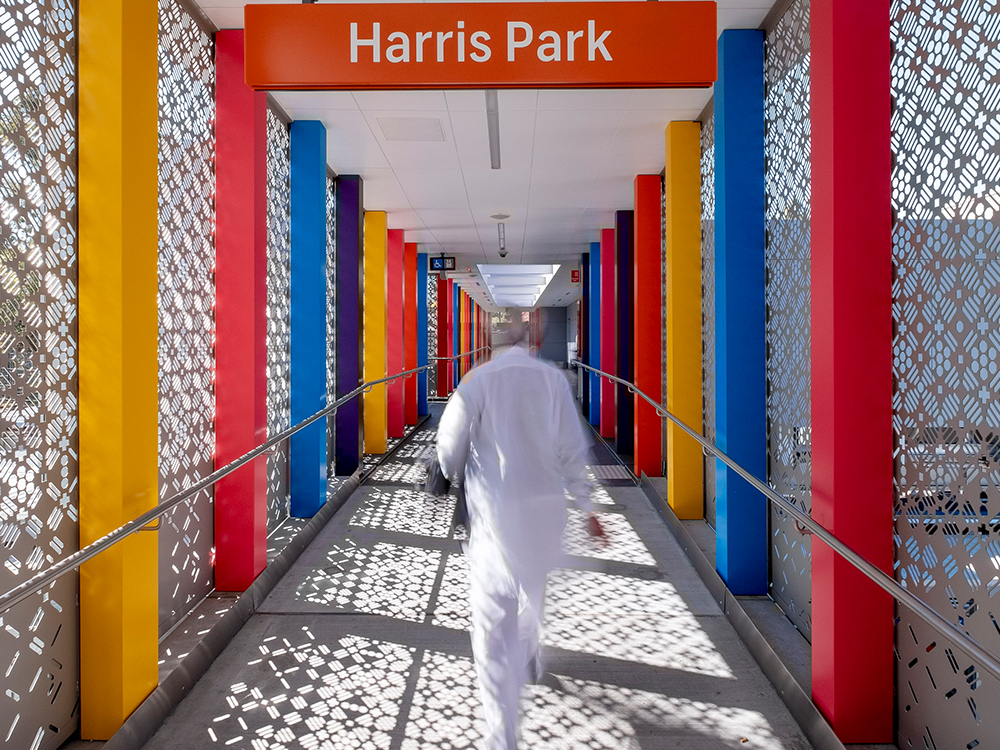 It’s also the challenge and often human nature of transport infrastructure projects that Joyce enjoys: how the design is influenced by unique site constraints, and how the design is informed by the way people move through it. Joyce also enjoys the challenge and collaboration of working in large multidisciplinary teams with external consultants. “Working closely with the client and outside the comforts of our DesignInc team makes us push for better design outcomes,” Joyce says. 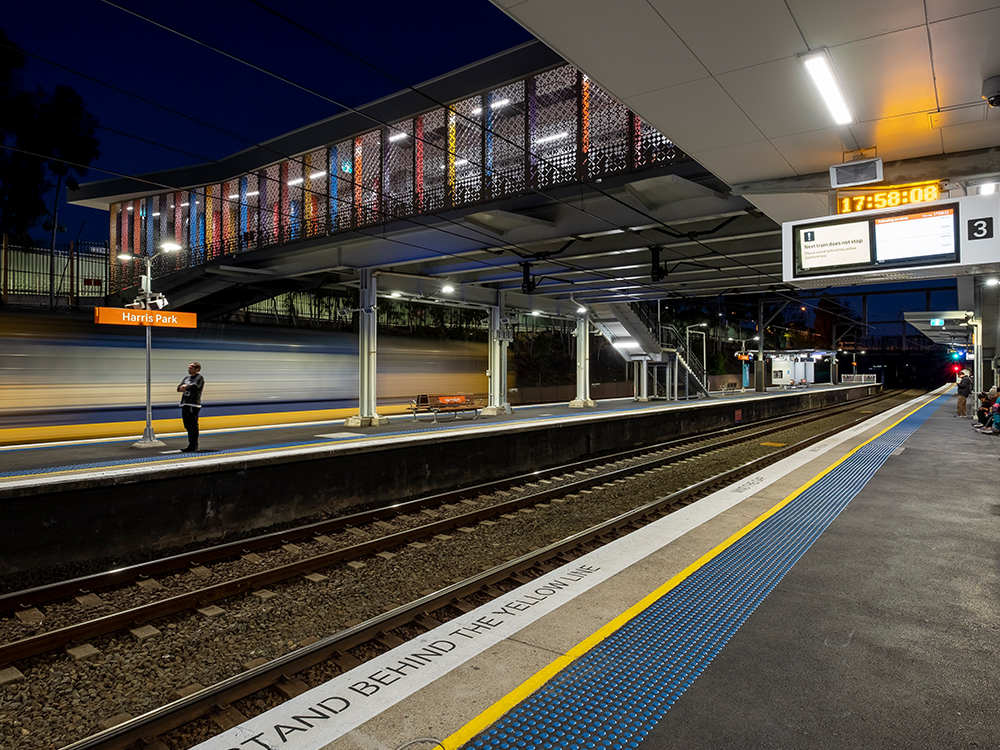 Outside of DesignInc, Joyce loves to play indoor volleyball with her team Tigerlillies (and wishes she was at least 5’8”). “We train once a week at University of Sydney and everyone comes after a long day of work and puts in 110 per cent,” she says. Tigerlillies play in a Sunday night women’s social competition and in open tournaments organised by NSW Volleyball. They’ve won a couple of medals, but most importantly, they share a valuable comradery and friendship, playing beach volleyball in the summer and indulging in a high tea every six months. “It’s a great family to be part of because we are a team and everyone has your back,” says Joyce 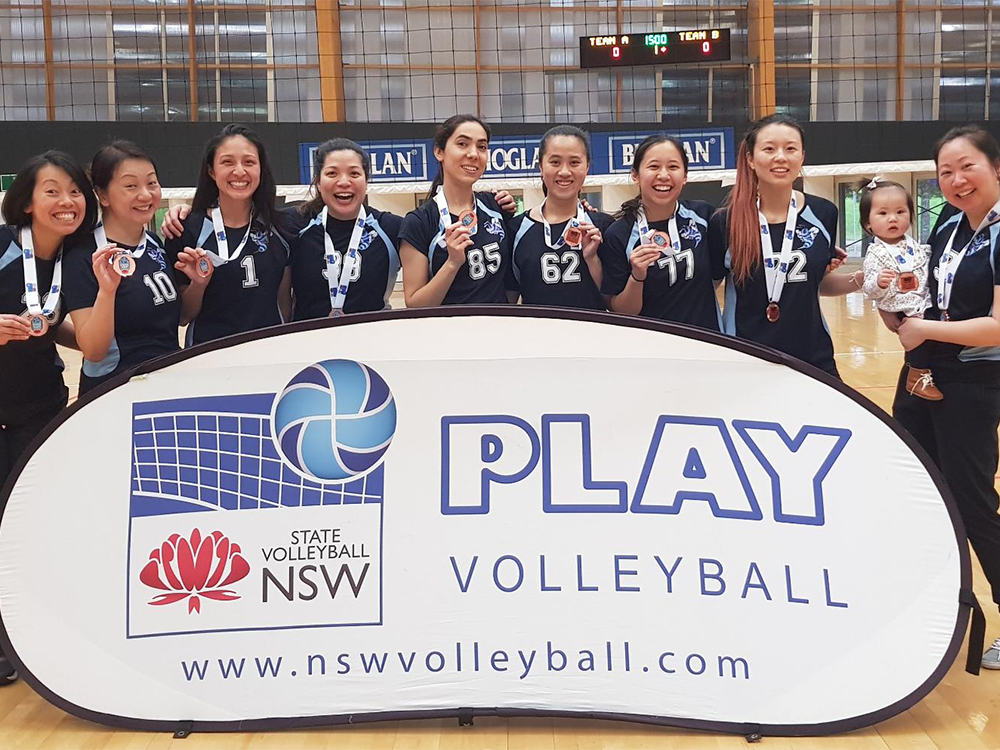