DesignInc’s upgrade of the Oatley and Museum railway stations has been recognised at two annual award ceremonies for the value they contribute to the community, their respect for heritage context, and innovative construction methods. 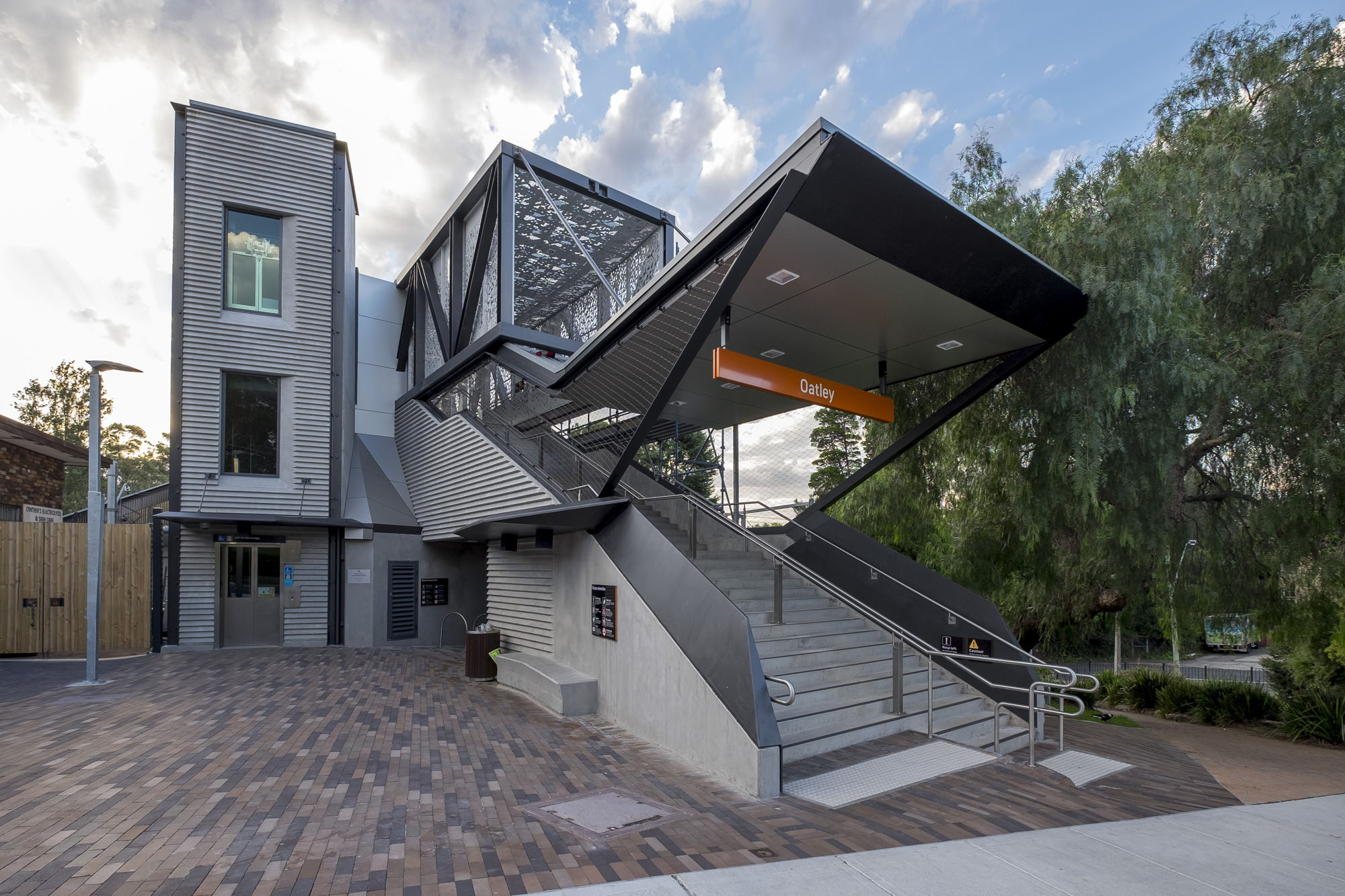 Oatley Railway Station was a collaborative venture between DesignInc, Tonkin Zukaikha Greer Architects, Spackman Mossop Michaels Architects and Transport for NSW. The design process involved the local community and the upgraded station now provides a better experience for public transport users as well as contributing to making a “great place.”

The project demonstrates “great place” characteristics by providing improved physical and social connectivity and accessibility and sensitively responding to the heritage context of the location. Aligned with the concept of ‘a journey,’ a new footbridge marks the arrival to the station and the perforated aluminium walls provide a new visual and sensory experience.

The upgrade of Oatley Railway Station reflects DesignInc’s approach to creating people-focused environments that elevate the human experience of a space. The judges concluded that, “the built outcome of this project sets a new standard for accessibility upgrades to suburban stations in New South Wales. This project demonstrates that public transport infrastructure cannot only provide access to a transport service, but if well designed, can support place making.” 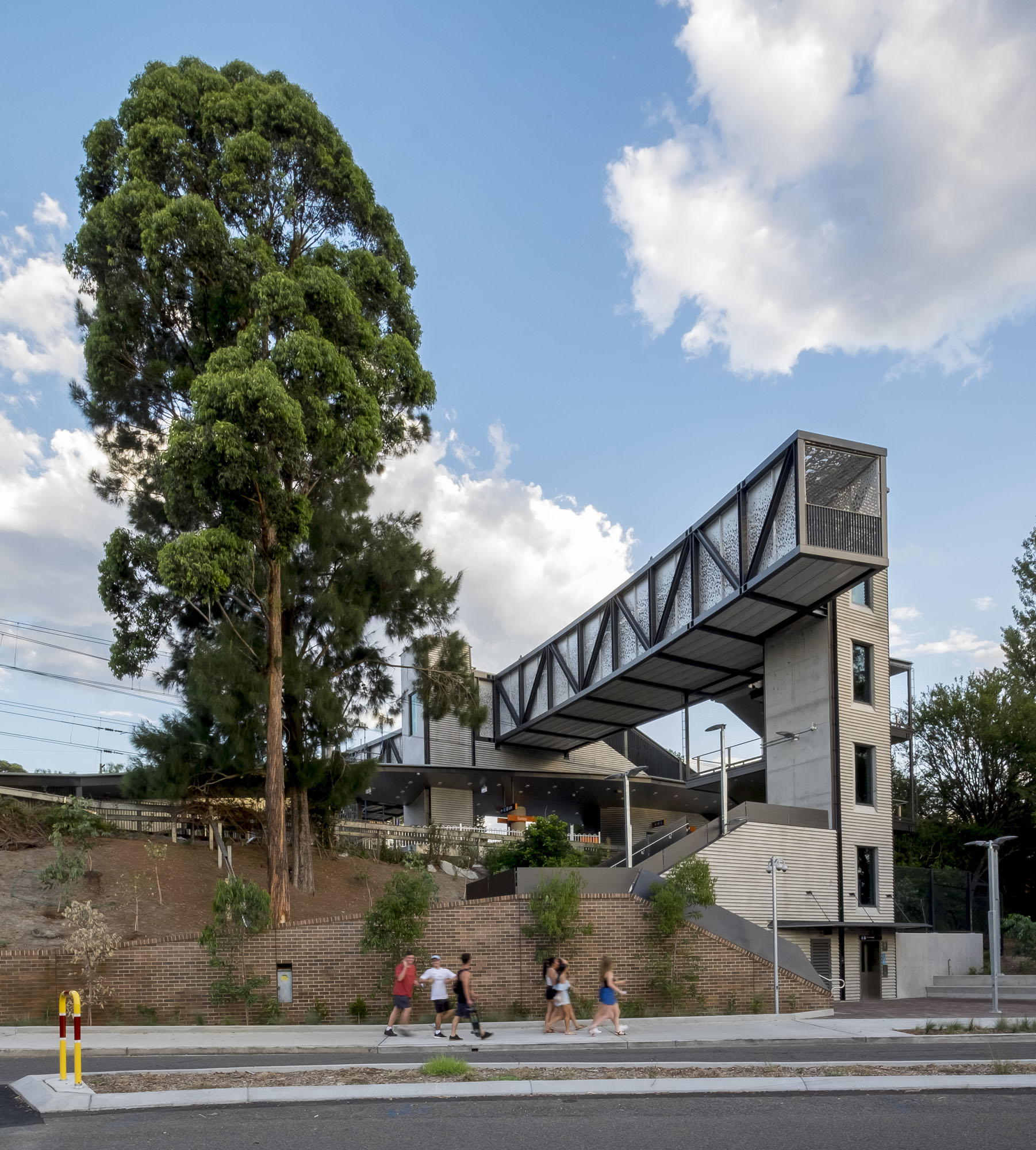 The station upgrade also won at the Master Builders Association (NSW) Excellence in Construction Awards 2017 held on 4 November, picking up first place for civil engineering construction project up to $50 million. The awards for the commercial building industry attract entries from the state’s largest commercial, industrial and civil contractors in a range of categories and price divisions.

Museum Railway Station also received an award from MBA (NSW) for the restoration of an historic building construction project from $10 million to $50 million.

“Museum was the last station in the Sydney CBD to get an accessibility upgrade, mainly as it was the most difficult with significant heritage and structural issues. Our team managed to build the new works in a manner whereby it’s very difficult to determine what the actual new work is. This was the right way to go at Museum where our work was quite a small addition to a large existing building.” – Garth Davies

The project was an Arenco Daracon joint venture and formed part of Transport for NSW’s access program. The judges remarked on the innovations developed and implemented in order to provide an uninterrupted community experience during the construction phase, as well as the preservation of the significant heritage precinct. “Despite the extensive heavy engineering focus involved in the project, the final result was the sensitive preservation and restoration of a Sydney landmark creating an outstanding example of how successful collaboration between client, stakeholders, designers and contractors combined to achieve outstanding quality.”

“It’s very pleasing to see DesignInc’s teams being recognised for their dedication on the Museum and Oatley Station projects. It is a recognition of their strong commitment to creating a quality environment that reconciles natural, social and economic imperatives through an innovative and result-oriented approach.” – DesignInc Director Anthony Quan

Congratulations to all the winners at the PIA (NSW) and MBA (NSW) awards. And a big thank you and congratulations to DesignInc for the team effort, hard work and commitment that goes into these, and all of our projects.