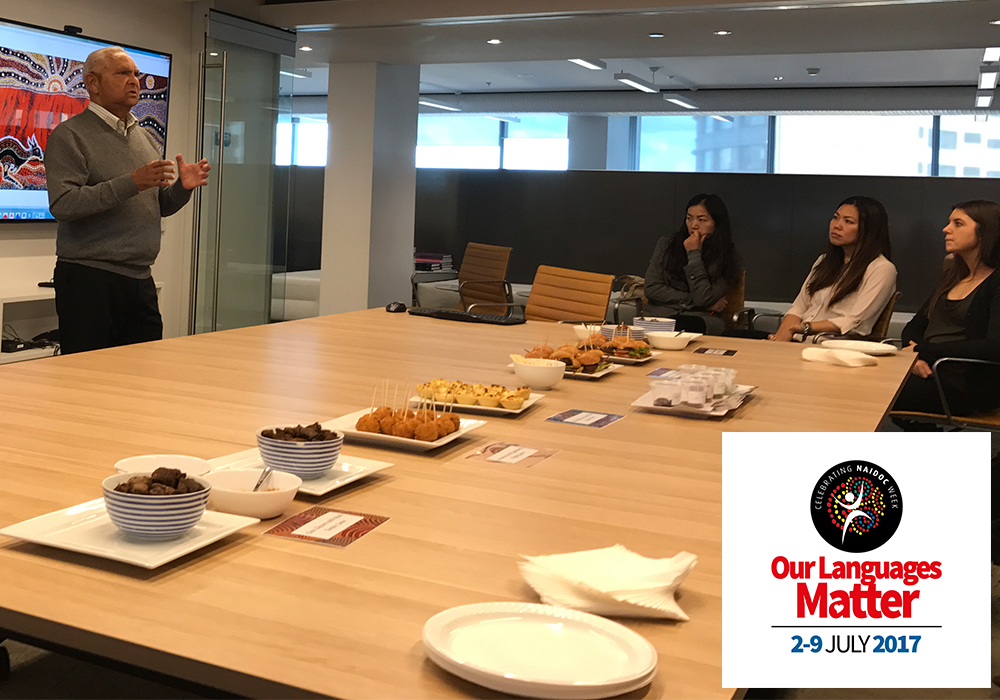 DesignInc Sydney was proud to be involved in NAIDOC week from 2 – 9 July 2017, to recognise the contributions that indigenous Australians make to our country and society.

This year’s theme for NAIDOC week was ‘Our Languages Matter’, which aimed to celebrate and emphasise the role indigenous language plays on cultural identity. Our Sydney team were honoured to learn the specific role indigenous language plays in Aboriginal culture, as well as islander history through story by special guest speaker, Uncle Raymond Davidson. 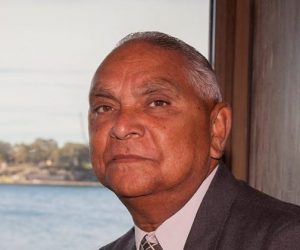 As part of his visit, the Sydney team were honoured to further acknowledge the traditions of the land as Raymond, also known, as ‘Uncle Ray’ performed a ‘Welcome to the Country Ceremony’ to welcome our team into their traditional land.

Uncle Ray is one of only three cultural representatives allowed to perform this type of ceremony in metro Sydney, and he invited the team to recognise and learn about aboriginal culture and identity while we had the opportunity to taste some the origins of traditional indigenous food.

Following onto the next day, our Sydney office were invited to watch a documentary on one of Australia’s most treasured performers, Archie Roach, titled Best Kept Secret. A voice rich in humanity, Archie Roach has turned his personal experience into language through story and song writing and into a way of connecting the world with Aboriginal history and culture.

You can view the film here too –

Our Sydney office’s final event featured our very own Architect, Lea Lennon. Lea discussed her own personal experience with Munbarra, Nangarra and Wangarra on health and education projects based in the North of Queensland, as well as Mareeba and (Bwgcolman) Palm Island.

‘Our Languages Matter’ have taught us that Aboriginal language is not just a means of communication, but also an expression of knowledge. This has allowed us to understand the importance of indigenous languages from across the country. 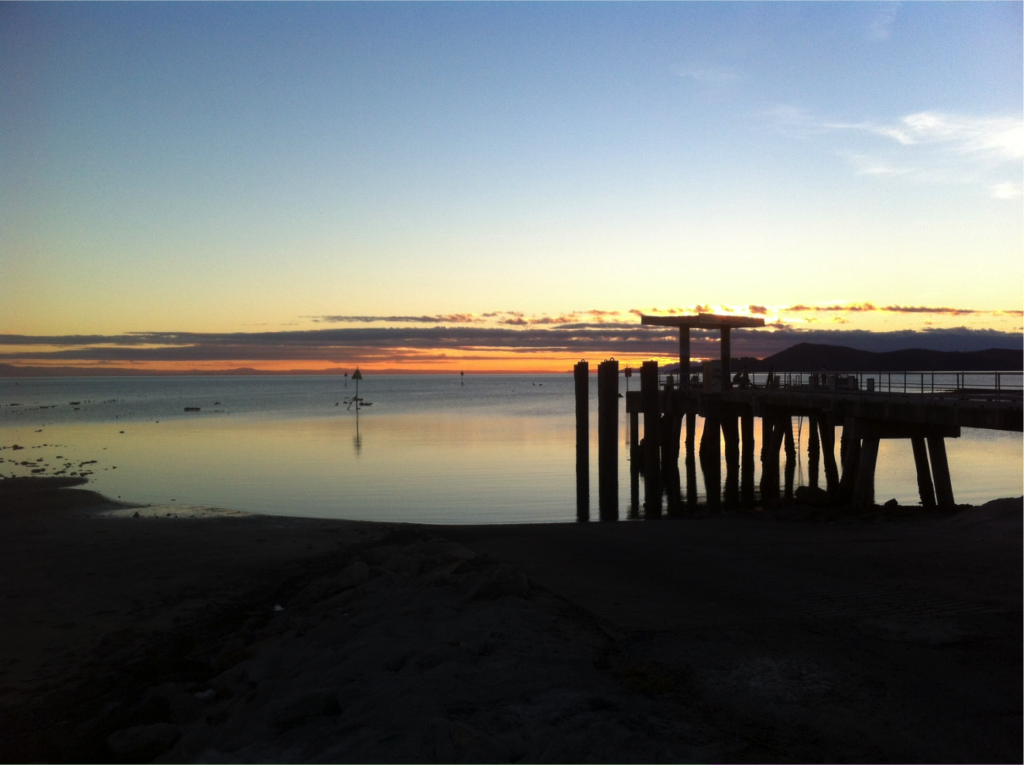 We are humbled and moved by our experiences during this years NAIDOC week and honoured to have celebrated Aboriginal and Torres Strait Islander history, culture and achievements within our Sydney office. We are inspired by our guest speaker Uncle Ray, along with watching Archie Roach’s documentary and the experiences shared by our very own architect, Lea Lennon.