Projects – DesignInc in the design of the Victorian Comprehensive Cancer Centre 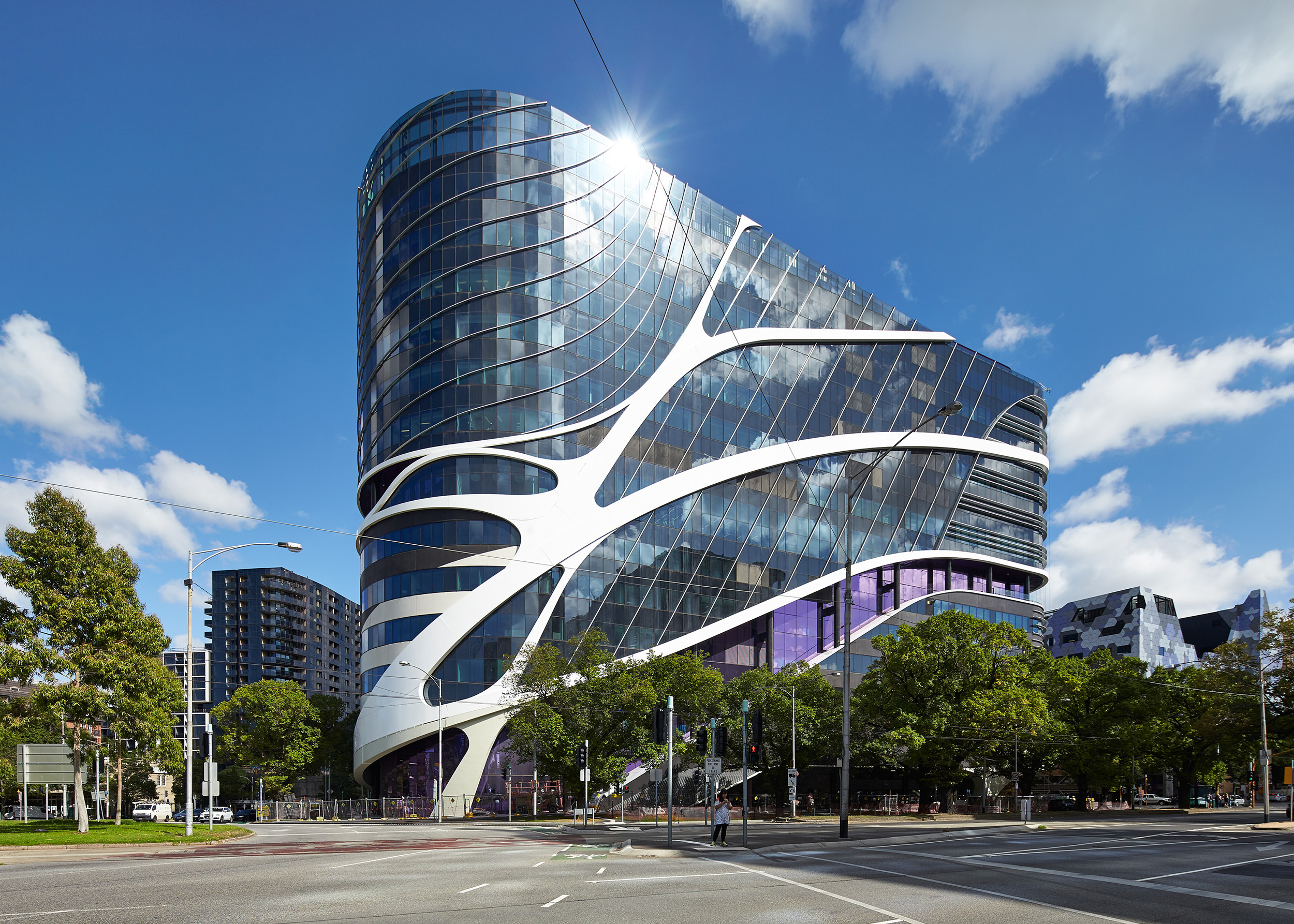 DesignInc, Silver Thomas Hanley and McBride Charles Ryan were the three architecture firms that joined together to deliver the $1.1 billion Victorian Comprehensive Cancer Centre (VCCC) in Melbourne, in June earlier this year.

The VCCC, built by a Public Private Partnership (PPP) is the first building of its kind in Australia to combine cancer research and clinical services under the same roof. Now home to the Peter McCallum Cancer Centre, the building features the Melbourne Health clinical services and research facilities for The University of Melbourne.

As part of the consortium chosen by the Victorian Government to deliver the project, DesignInc was responsible for directing the project teams, planning and coordinating the base-building, including laboratories, public spaces, customer interface functions, educational learning spaces, interior design and all urban design interfaces throughout the centre. Silver Thomas Hanley delivered the clinical spaces in the building, and produced the project with DesignInc as a Joint Venture under the company name of STHDI. McBride Charles Ryan developed the facade and the interior design concepts of key public spaces, as sub-consultants to STHDI.

The VCCC building in its entirety, consists of a flowing natural geometry reflecting the natural world. Externally, the building design follows a pattern similar to branches growing and splitting, using (Lindenmayer) L-systems naturally seen in the growth structures of nature.

The theme for the building design, inside and out, was heavily focussed on nature and growth. The lobby of the centre itself features a simplified pallet of natural timber, white laser perforated ceiling panels, and white terrazzo floor, and furniture selections in keeping with the theme of natural environments. Signage to direct patients and visitors also carries a similar language to the external facade. The lobby reception desk evolved from the concept of roots growing from the ground. The staircase next to the reception counter wraps in a spiral evoking a vine growing up towards the light-filled atrium.

Richard Does, Partner at DesignInc Sydney and a key member of the project team adds, ‘If you look up from the lobby, the patterns in the ceiling give a natural, almost organic feel as though you were standing beneath petals, trees and leaves’.

Considerations of the project

Being a particularly important aspect of health and treatment, the orientation of the centre and its main entrances required careful design consideration for the comfort of patients, families and visitors.

DesignInc and Silver Thomas Hanley combined efforts in the early stages of the project to understand the psychology and possible physical reactions of those who walked through the building.

Immediately upon entry to the building, the Architects and wayfinding designers developed a path with a clear line of sight to the reception and help desk where patients and guests can easily access for information.

The clinical floors of the centre were strategically placed at the lower levels of the facility and research-focussed facilities placed on the higher levels. At the junction between the research spaces and the clinical spaces is a roof garden and cafe where these two crucial functions intersect, creating a hub of interaction and exchange.

Historically research and treatment would not co-exist in the same building. The VCCC has successfully bridged the gap between the two in order to create an environment that celebrates the importance of research in the environment of clinical treatment.

Project expertise from multiple firms was essential to design the building on a triangulated site without compromising the brief. The goal was to design a building that would fit within these constraints whilst not looking sharp or intimidating in the surrounding environment. The result was a curved design that features a unique façade of branches and niches with a dramatic and natural effect.

Much care needed to be made in the design process to enable rooms that would typically be rectangular to be able to accommodate curved walls. In dealing with the triangle shape of the building site, the arrangement of spaces simply occurred through planning from the perimeter of the site to the centre of the building, with the space left over in the middle resulting in the atrium. This intermediate zone developed into the central curvy triangulated atrium above the main entrance lobby.

As a core function of the hospital offering cancer treatment, radiation bunkers were a necessity. DesignInc designed the area so that the bunkers were placed below the main entrance, and directly above the basement loading dock, requiring strong logistical coordination due to the size and weight of the building. Richard adds, ‘The bunkers essentially act as a series of transfer beams between the basement column grid and the upper levels’.

To eliminate the feeling of isolation when receiving treatment, DesignInc added an amphitheatre linking the lower ground bunker waiting areas to the ground floor lobby.

In developing the urban design interfaces of the building, one of the biggest design challenges we faced from an overall project view was the logistical coordination of vehicles entering and exiting the site, loading and servicing the building with medical gases and CO2. Surrounding the building site are large established Elm trees which are registered as significant by the National Trust of Victoria.  This was one of the biggest constraints in the design process as the trees were to be protected. Each tree still remains standing through the coordinated efforts of the entire team.